They are our cousins – like us in so many ways, yet they have been exploited in biomedical research, the entertainment industry, and the pet trade. Many chimpanzees were also used to test the effects of space travel in the early days of the NASA space program.

The late Dr. Carole Noon’s vision to provide a sanctuary for retired Air Force chimps used in the space program sparked the creation of Save the Chimps (STC) in 1997. The Air Force initially rejected Save the Chimps’ bid to retire the chimps, but after a lawsuit, awarded custody of 21 Air Force chimps to STC. Jon Stryker, founder and president of the Arcus Foundation, shared Dr. Noon’s vision for the chimpanzees, and enabled STC to purchase 150 acres of land in Fort Pierce, Florida, bringing to life the dream of a permanent sanctuary where chimpanzees rescued from laboratories, entertainment, and the pet trade could live out their lives in peace.

The first chimpanzee residents arrived in 2001. Then, in 2002, Save the Chimps rescued 266 chimpanzees from the Coulston Foundation in Alamogordo, New Mexico, a biomedical research laboratory with the worst record of any lab in the history of the Animal Welfare Act. Many of these chimpanzees were living alone in concrete cells.

Save the Chimps purchased the infamous lab, renovated it, and began the long and complex process of creating compatible social groups and transporting the chimpanzees to their new home in Florida through a nine-year process called the Great Chimpanzee Migration. During this time, Save the Chimps continued to rescue chimps from entertainment and the pet trade. Over 250 retired chimpanzees now live in large family groups on 12 separate three-acre islands, where they receive three fresh meals daily, first-rate medical care, and a variety of activities in an enriched environment. 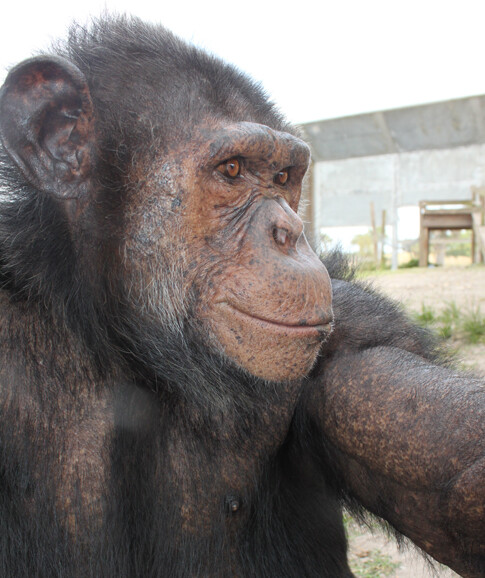 Chimpanzees were used in the U.S. space program for testing equipment and survivability starting in the late 1950s. For the next four decades, they and their descendants became biomedical research test subjects, used for space-related experimentation, disease research, toxicology experiments, experimental surgeries, and breeding. Learn about Ham, the first ape in space.

Save the Chimps was originally founded to provide a home for chimpanzees once used by the U.S. Air Force for research purposes. When you symbolically adopt Garfield and Jennifer, both former Air Force chimps, your donation will  help provide complete care for them. 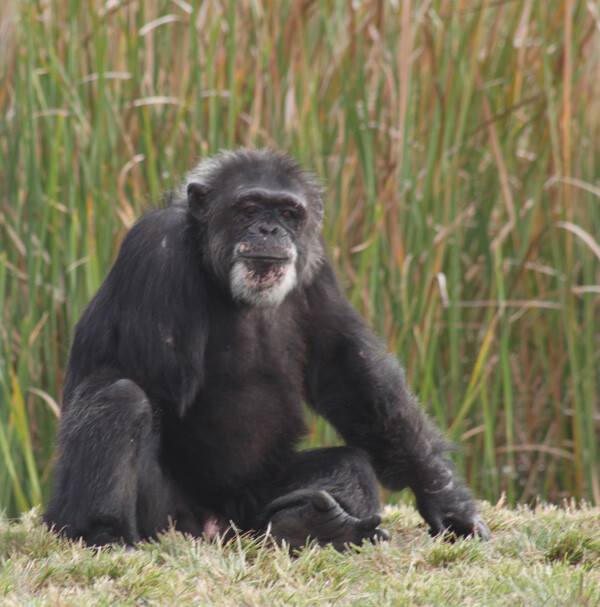 75% of chimps in captivity in the U.S. have lived or are still living in biomedical research laboratories

Research on chimpanzees began in the 1920s and expanded to a peak in the 1990s with as many as 1,500 chimpanzees living in at least 11 different private or government labs in the U.S. There has been modest decline to approximately 700, as a number of them have been transferred to sanctuaries.

You can symbolically adopt Bobby, Elway, Jaybee, Pumpkin, or Rufus – all chimps used in research – to support their care at Save the Chimps.

Support a Chimp from Research 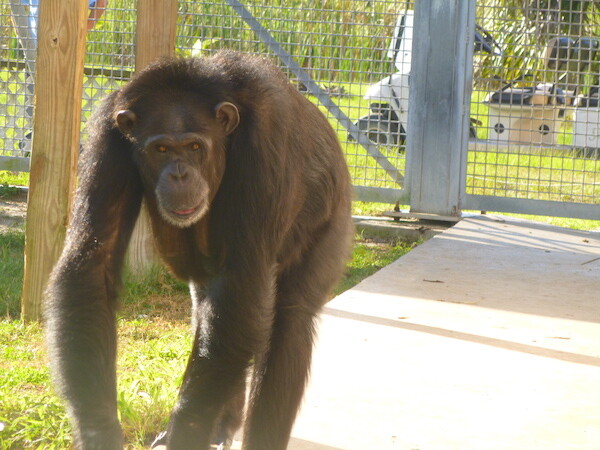 Make a symbolic adoption of Terry who was retired from the entertainment industry.

Support a Chimp from Entertainment 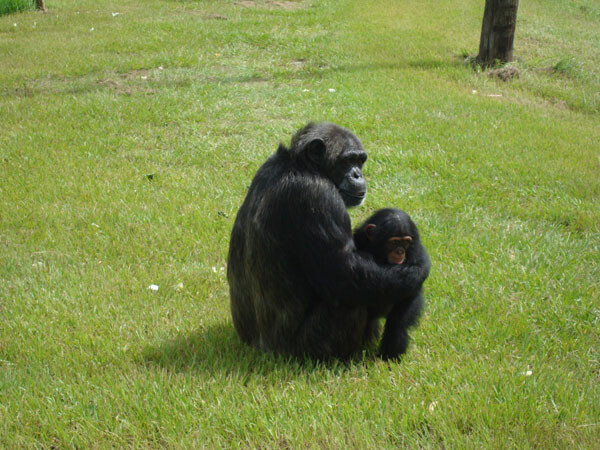 You can make a symbolic adoption of April – a former pet who now lives safely at Save the Chimps.

Support a Chimp from the Pet Trade