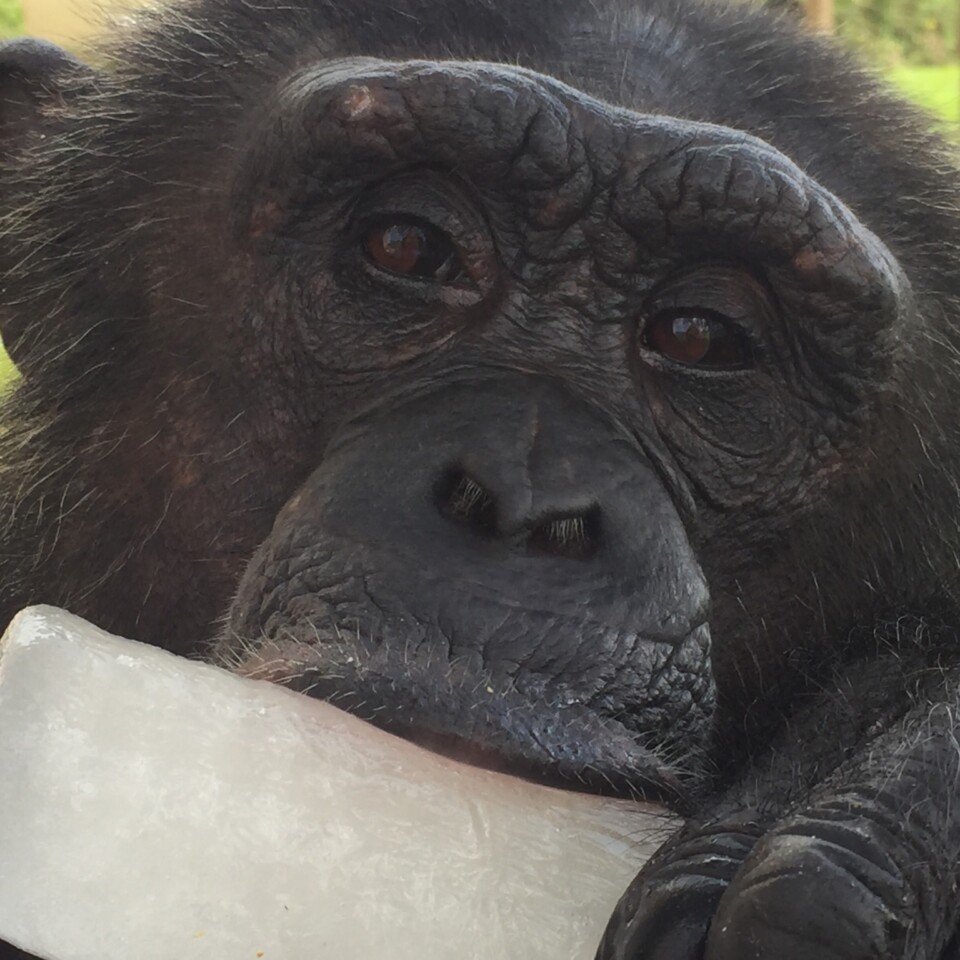 Hello, my name is
Elway

I was born at the Coulston Foundation research lab in Alamogordo, NM on May 21, 1999 to my mother Melissa and father Boy. Like so many other babies, I was taken from my mother and sent to the “nursery” to be raised by humans. I was placed in a group of other baby chimps that were my own age. Terrified without our mothers, we clung to each other, so much so that it was often difficult to tell who was who in the group. I was easy to spot, though, by my loveable big ears.

While I was at Coulston, I was anesthetized every month for blood sampling. Luckily, I was still a youngster when Save the Chimps (STC) took over the Coulston facility in 2002. I became a member of Alice’s Family, a group of chimps who were rescued from Coulston that includes my best buddy Jake. I am a clever, mischievous chimp. Everyone agrees that I am irresistible.

One common theme surrounding me throughout the years has been the joy I bring to those around me. As toddlers, Pamela and I were introduced to Alice, a timid, distrustful adult female. After years of being forced to participate in painful research studies, Alice had experienced very little to laugh about in her life. When Pamela and I came rushing in, Alice had no idea what to think about us rambunctious kids. We jumped on her and playfully tickled her until she laughed, possibly for the first time ever.

The silliness continued when we moved to Florida. As a youngster, I would frequently parade around the island wearing a homemade dress designed out of chow bags my caregivers saved for me just for this purpose. I enjoyed modeling my fashion sense for everyone just as much as they enjoyed watching me. Although I spent most of my time running around being silly, I also had softer moments, like when I would sit quietly in the oak tree on the island with Thelma, one of the older ladies in the group. I also enjoy making large nests out of all the stuffed animals I can find.