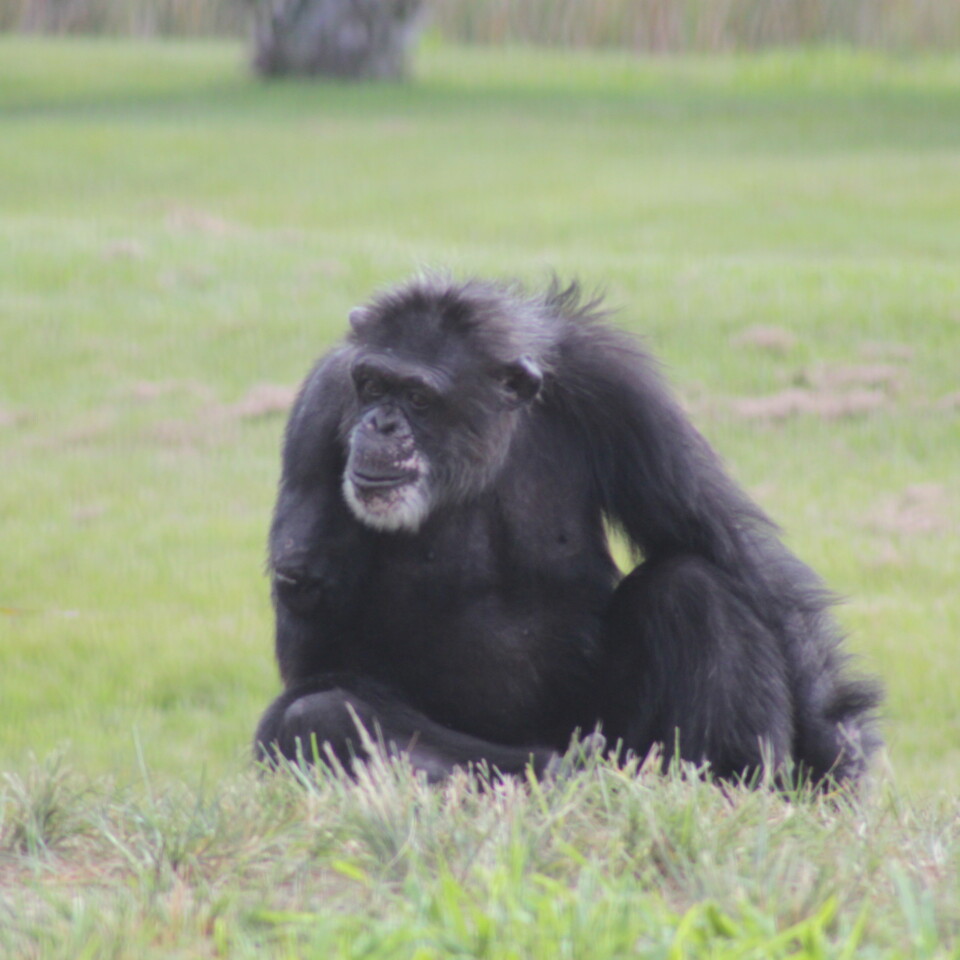 In loving memory of
Rufus

It is with heavy hearts that we announce the passing of one of the most iconic and well-loved members of our STC family: Rufus.

No one knows much about my early life. I was probably born in the mid-1960s, maybe in Africa, but no one knows for sure. In 1978, I ended up at a lab in Pennsylvania that housed me for a major pharmaceutical research corporation. In 1981, I was transferred to the Coulston Foundation in Alamogordo, New Mexico. There aren’t any records indicating that I was ever used in biomedical research at Coulston. I was, instead, used extensively as a “breeder,” and fathered 37 children. But life as a breeder male at Coulston was no picnic. Ironically, as a breeder, I lived alone, except for the 2-4 weeks that a mating partner was placed in my cage. I never had a family, and never had a chance to form lasting friendships with any of the other chimps.

All that changed in September 2002, when Save the Chimps (STC) took over the Coulston facility. STC found me living alone in a dark, cold concrete cell in Building 300, also known as “The Dungeon.” Soon I was moved out of “The Dungeon” and began the long process of joining a chimpanzee family. One of the first chimps I met was Gerro, who was just a young, scared kid at the time. I did everything I could to not frighten Gerro. For example, in a normal play face, a chimp will typically open his mouth wide and cover his top teeth but show his bottom teeth. Before I asked Gerro to play, I would curl my lips over all of my teeth, because I didn’t want to intimidate him. Over time, our group grew in size, until all 25 of us, young and old, female and male (including my young friend Gerro) were ready to make our journey to a new island home in Florida. I finally had a family.

I will never forget the day I was released onto my island in Florida. I walked out a short distance, and then just started screaming with excitement. I was so nervous, but when I turned around, there was my whole family, right behind me. I beckoned them to join me, and hugged as many of them as I could, asking them to join me in exploring the island. I was too scared to go out alone, but with the support of my family and friends, I was thrilled to venture out into the Florida sunshine.

A while back, I got an infection that did not respond to extensive treatment, and I had to have one of my arms amputated. My caregivers were worried that I might be upset over the loss of my arm, but there was no need for concern. I bounced back right away, with more life and energy than ever. I continue to treasure my time roaming the island in the company of my beloved family and friends.

Rufus is universally adored by everyone who lays eyes on him! He’s now over 50 years old, making him one of our oldest residents. Rufus is most certainly set in his ways. He can be counted on to let caregivers know if the taste of his medications is not masked enough with juice or if he would like some extra food! He still builds extraordinary nests each day and loves to include wood wool, which is a hay-like substrate we offer the chimps. He warmly greets his caregivers each morning and eagerly explores his island every afternoon. It fills us with joy to watch this special guy thrive – nothing seems to slow him down!

Rufus Won't Stop Until His Nest is Perfect!