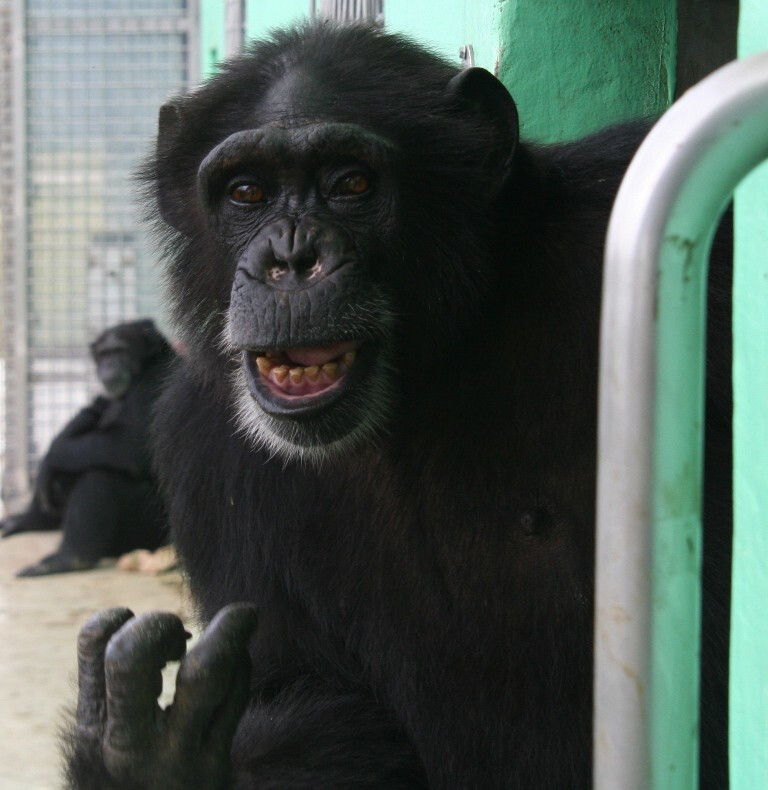 Hello, my name is
Kippy

I was born May 22, 1986, to my mother Jennifer and my father Wes at the Holloman Air Force Base in Alamogordo, NM. I was with my mother Jennifer for just four hours before I was taken from her and brought to the laboratory nursery to be raised by humans. Although my records noted that I was a good candidate for hepatitis research, I was never assigned to a research protocol. This may have been because, over the next ten years, I was often sick and had a poor appetite. Despite my frequent illnesses, when I was eleven years old, I entered into the breeding program. I was eventually transferred to The Coulston Foundation (TCF), a private lab in Alamogordo after the Air Force got out of the chimpanzee research business. TCF did not use me for any research protocols.

After 16 years of being warehoused in a cage, my life changed dramatically when Save the Chimps took over TCF! Today I live with a large chimpanzee group known as Doug’s family on a large three-acre island in Florida, where I’m healthy and happy!