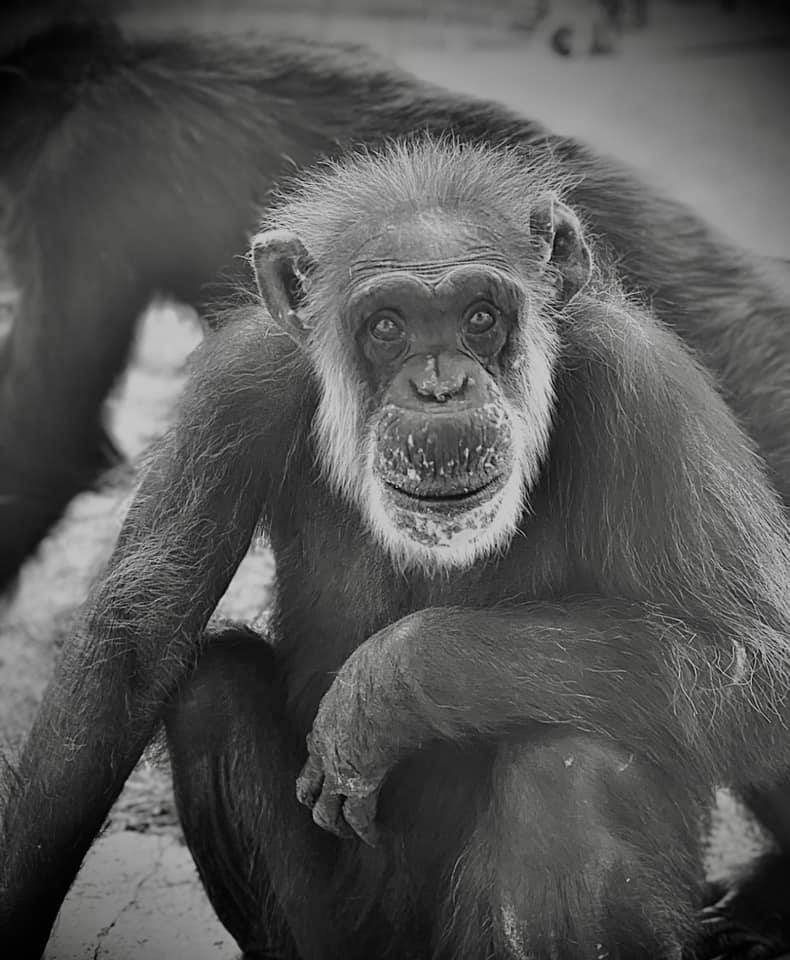 A big happy birthday pant-hoot to Emily! At the estimated age of 57, Emily the 1st is believed to be our oldest resident. She was born in the wild, so her birthday and age are an estimate. She was captured from Africa as an infant and sent to America for a life in biomedical research. In 1968, she arrived to the Coulston Foundation, where she was used for an eye refraction study and a “classified drug evaluation.” She then entered the breeding program at the very young age of approximately seven years old and gave birth to three babies and multiple stillbirths. She was noted as being a good mother to her newborns, nursing them, grooming them, and lovingly playing with their hands and feet. Despite their bond, her babies were still taken from her at between 1-5 days old to be raised by humans in the lab’s nursery.

In 2001, her life changed when she was among the 21 chimpanzees rescued by Save the Chimps from the Air Force. Although she was never allowed to raise any of her own babies, later in life she had the opportunity to play the role of adoptive grandmother to Angie, JB, and Jude, babies born at STC due to a failed vasectomy. They gave her the chance to experience the joy of raising children. Even though Angie has grown up, she is still very protective of her. They spend many hours together grooming and enjoying each other’s company. She treasures the time she gets to spend with her large chimpanzee family on their 3-acre island in Florida.

It’s a beautiful experience to watch this amazing lady, who has overcome so much in her life, live out her retirement on her island in the sun. She has a dignity and grace surrounding her that commands respect.  The strong bond she has with her family is a beautiful thing to see and is an honor and a privilege to witness.

The best way to honor Emily for her birthday is to donate to our Giving Day for Apes campaign with the donation box on this page. You can also donate in her honor by texting “Emily” to 844-844-6844. Your donation can help us win cash prizes from the Giving Day sponsors, making your gift have more impact! 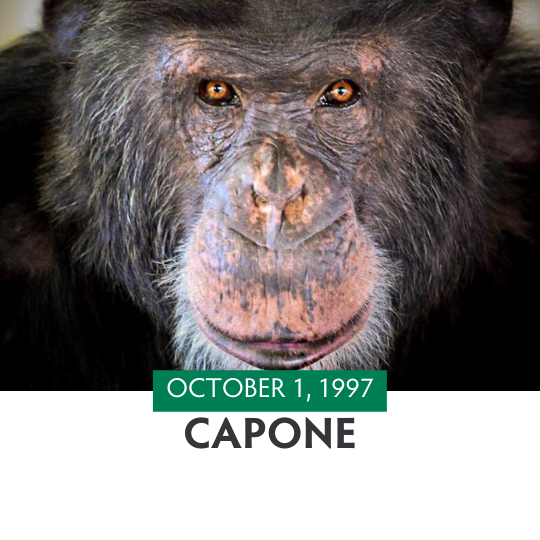 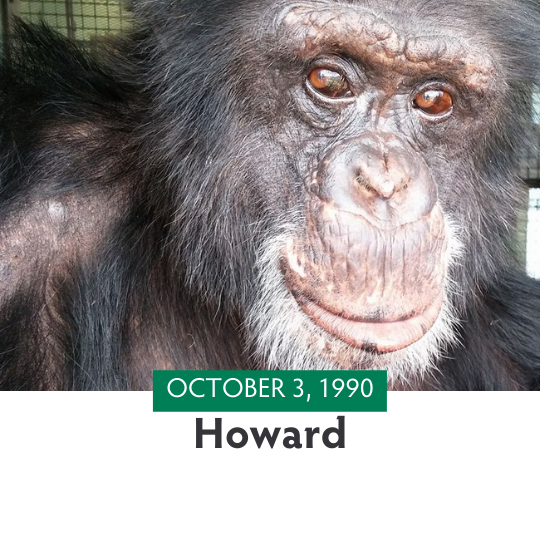 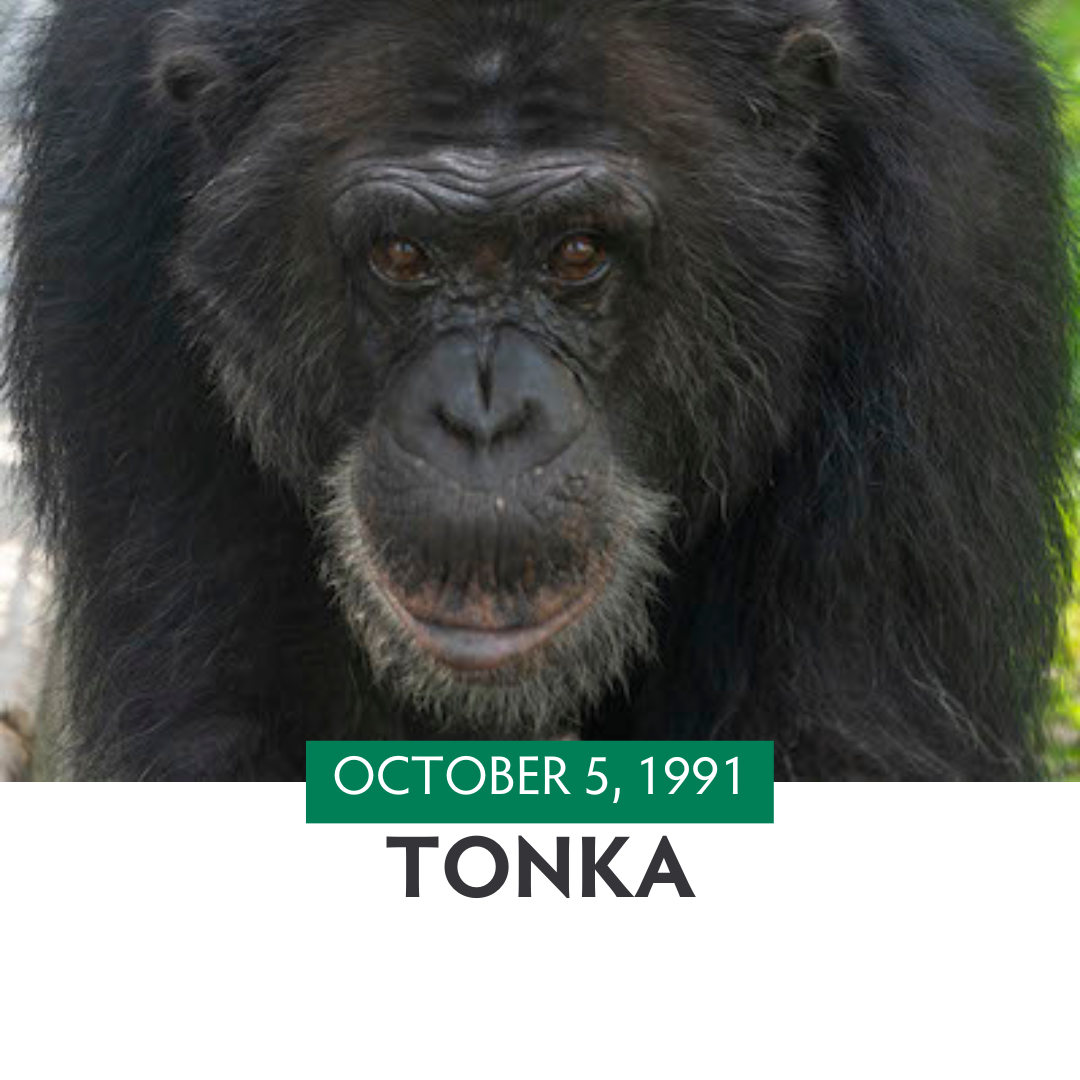 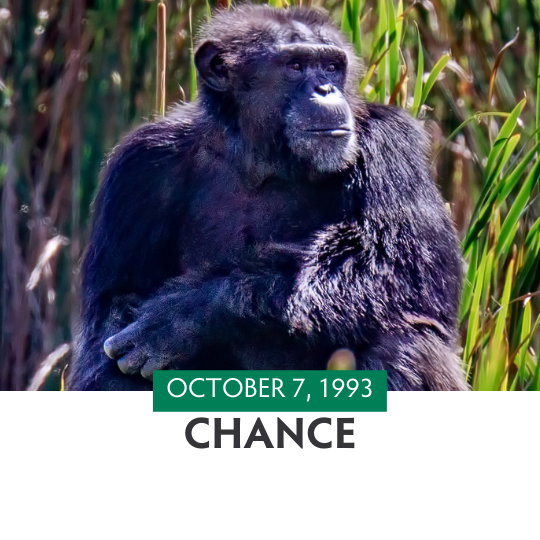 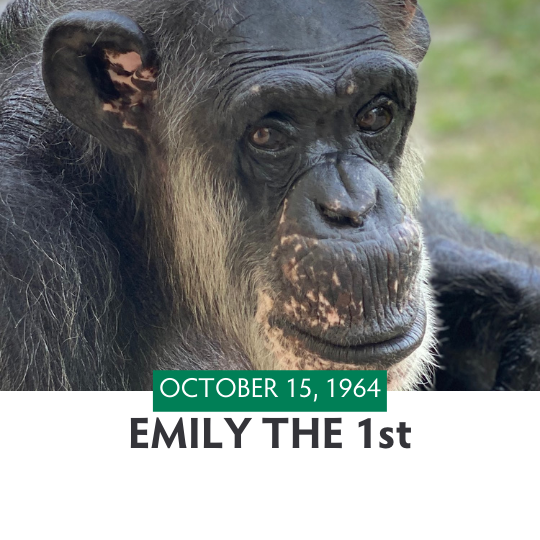 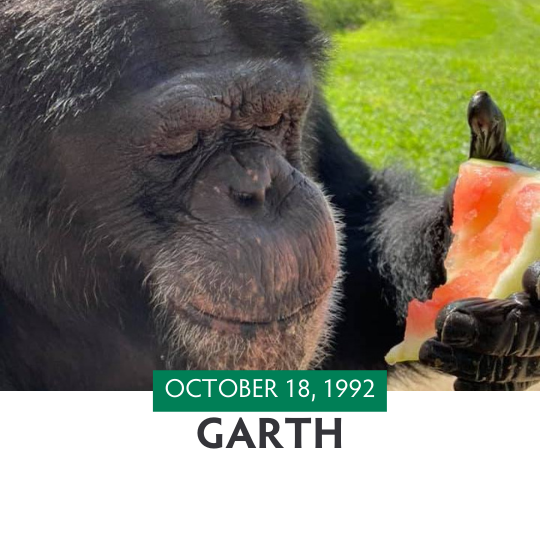 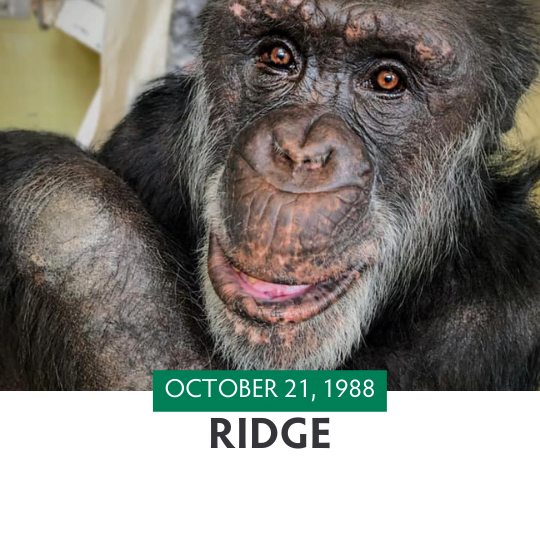 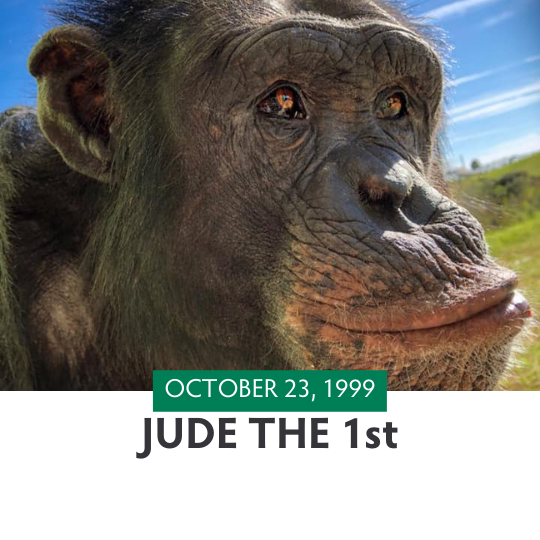 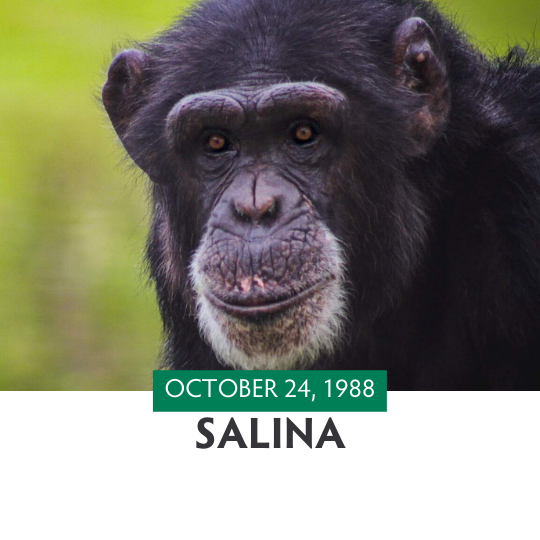 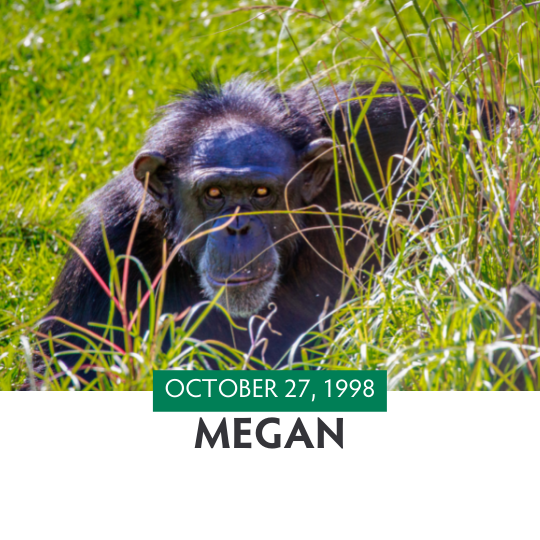 Thank you for supporting Save the Chimps!