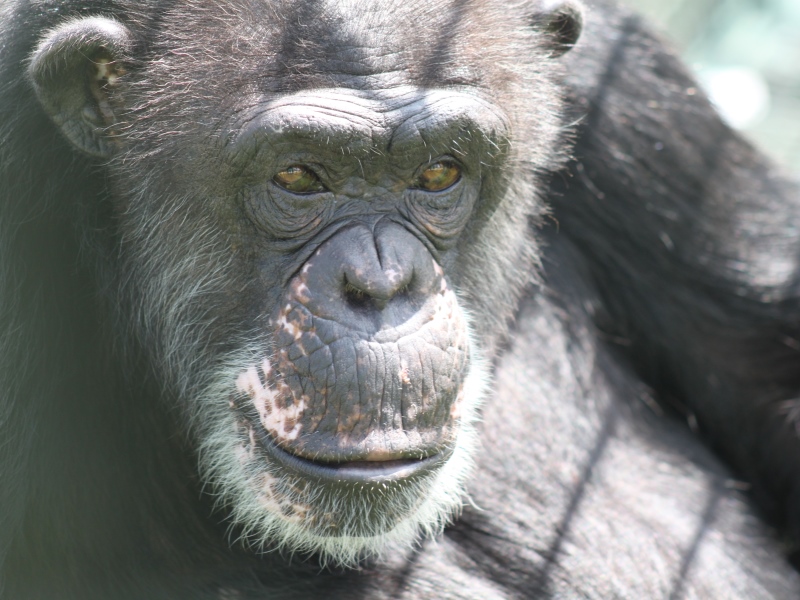 In Loving Memory of Indie

It is with a heavy heart that we share the passing of Indie, a joyful chimpanzee who lived a happy life at Save the Chimps after being rescued from medical testing and overcoming illness. 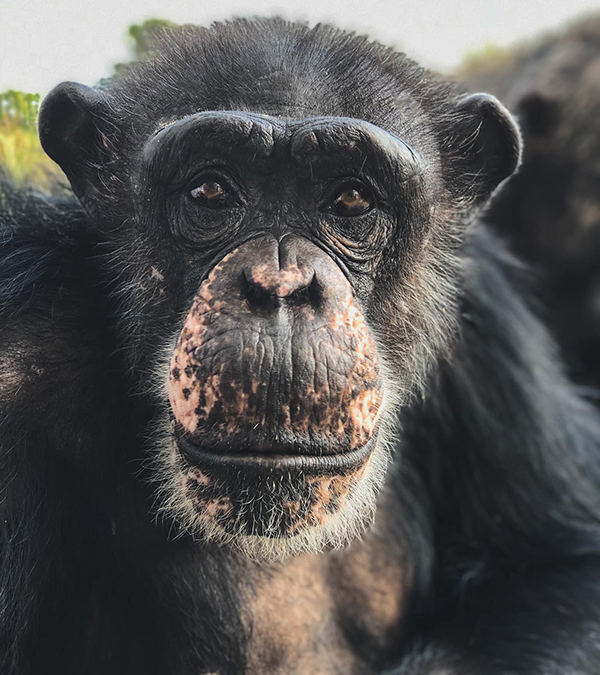 Indie was born on August 13, 1985 at the now-defunct Laboratory for Experimental Medicine and Surgery in Primates (LEMSIP) in New York state. She spent 17 years living in small laboratory cages, while being subjected to countless biomedical research studies.

Life changed dramatically for Indie in 2002, when Save the Chimps rescued the 266 chimpanzees residing at the Coulston Foundation, the lab in which Indie lived at the time. Suddenly, fresh fruits and vegetables, enrichment, and clean enclosures became part of Indie’s daily routine. Most importantly, she was finally given the opportunity to socialize, providing the companionship that was vital for her well-being.

She was transported to sunny Florida, where she would live out her life knowing peace, love, companionship, and freedom. Indie immediately captured everyone’s heart. Despite her years in isolation and confinement, she has always been a remarkably warm, friendly, and playful chimpanzee. She met her best friend, Cayenne, during her time in the Coulston Foundation, and after rescue they remained together until her final day. They were referred to as “ambassadors” due to their welcoming and reassuring behavior towards newcomers. Indie was a very laid-back chimp, always ready to provide comfort to a distraught or anxious friend.

Cayenne and Indie were introduced to Terry in 2013, not long after he arrived at Save the Chimps from a small zoo where he lived alone for 18 years. Cayenne and Indie immediately bonded with Terry, helping him learn the ropes of chimpanzee society – from grooming and playing, to how to react during a dispute.

Thanks to their friendship, Terry grew into the confident and content chimpanzee he is today. Two years ago, Cayenne, Terry, and Indie became fully integrated into a large family group known as Bobby’s family, where they became especially close to Bobby.

Indie was as sweet to her caregivers as she was to her fellow chimpanzees. She was always full of laughter and had a wonderful sense of humor. She loved being tickled with “tickle sticks,” which are repurposed pieces of garden hose the staff use to safely interact with the chimpanzees. When laughing, she tended to throw one or both of her arms in the air, which seems to be a behavior unique to her.

Despite the veterinary staff’s best efforts to save Indie, her death appears to be due to heart complications. We will miss Indie’s distinct greeting each morning, a loud and excited vocalization, and her infectious belly laugh when she was engaged in play with chimps or care staff.

Indie, your unique personality embodied a genuine cheerfulness that we will miss dearly but hold close to our hearts, always.

Donate in her memory: