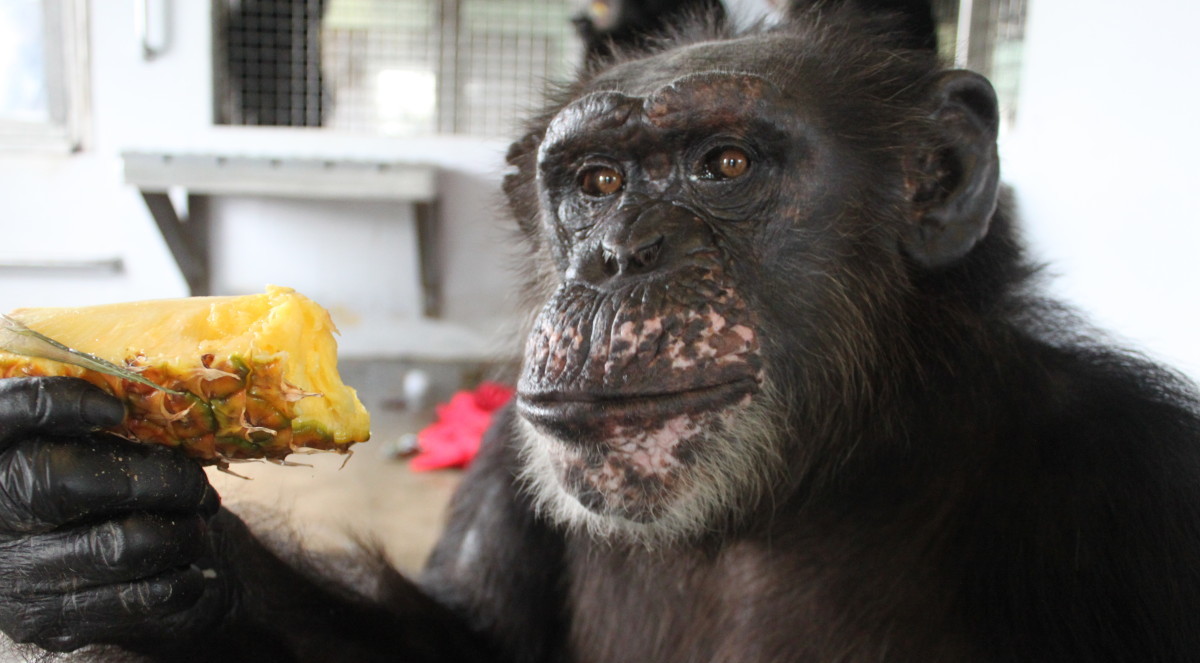 In Loving Memory of Frieda

It is with a heavy heart that we share that Frieda passed away unexpectedly last week from natural causes. She was a dear member of Rufus’ family and will always be remembered for her sweet and loving nature. 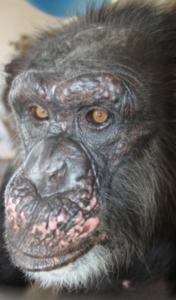 Frieda was born November 21, 1981 at Holloman Air Force Base in Alamogordo, New Mexico. At three months old, she was taken from her mother and sent to the laboratory’s nursery to be raised by staff. A month later, she was shipped to the University of Pennsylvania for cognition research. At six years old, she was shipped back to New Mexico where she was used for invasive research and entered into the breeding program. She gave birth on six occasions, the final time giving birth to triplets. Some of her babies passed away at birth and the surviving babies were taken from her and sent to the lab’s nursery.

Her life changed in 2002 when she was rescued by Save the Chimps. Family groups were formed and Frieda became a member of the largest group, Rufus’ family. She developed many friends in her group, rising to become one of the most dominant females in her family. She was highly respected by both male and female members of her family. Her very best friend was Rufus, but Frieda was also very close friends with Arnulfo and Amber. 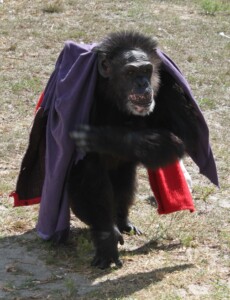 Frieda loved nesting and always had one or more blankets with her, which she would often throw onto her back and carry out onto the island. When she left blankets behind in an island slider to go outside, we would call her back to remove them in order to shut the slider and Frieda would always do us that favor with kindness.

Frieda LOVED veggies, most especially Romaine lettuce, which was part of the last dinner she enjoyed with her family.

The loss of Frieda will leave a permanent hole in both her chimpanzee family and her human family’s heart. She will always be remembered as a gentle giant with one of the most caring souls. We find comfort in knowing she is at the Rainbow Bridge with her beloved friends Rufus and Arnulfo.

Donate in honor of Frieda.