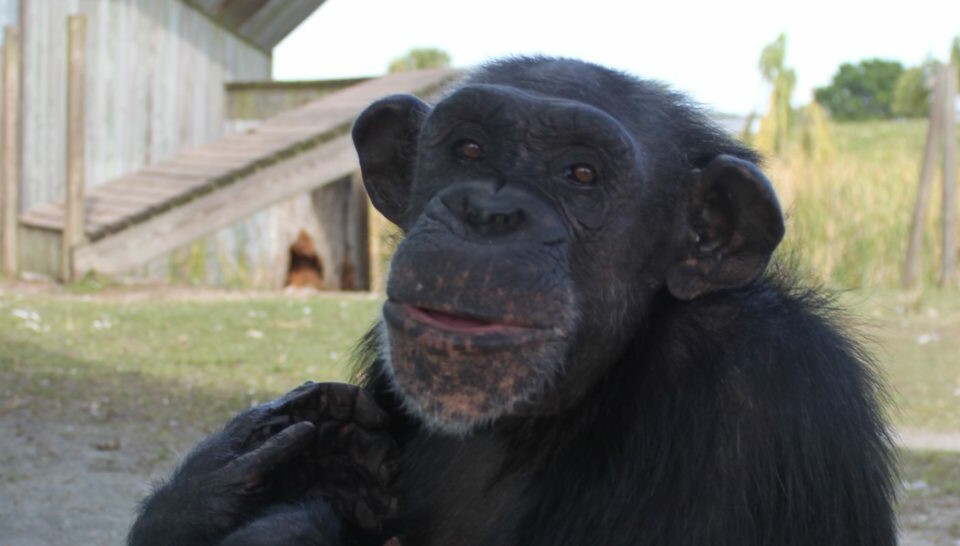 Hello, my name is
Tammy

I was born December 16, 1983 at Holloman Air Force Base near Alamogordo, NM. My parents, Nancy and Lou, were chimpanzees who were captured in the 1960s for use in the space research program. I was taken from my mother at birth and raised in the laboratory nursery. During my time in the laboratory, I had a kidney biopsy, liver biopsies, and my blood drawn several times per year. I had to be anesthetized for these procedures, usually shot by a dart gun.

In 2001, I was chosen to retire to a new sanctuary, Save the Chimps. I moved to Florida with 20 other chimps who were also survivors and descendants of chimpanzees used in the space program. We were released onto a large island home, and I set foot on soil and grass for the first time!