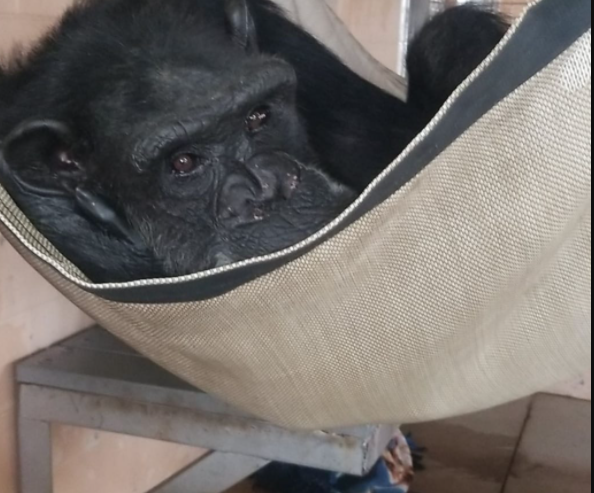 Hello, my name is
Manny

I am a former circus chimp believed to have been born in 1978. Save the Chimps was told that I was used in the Shrine Circus. In 1993, I was sent to the Wild Animal Orphanage (WAO), a facility near San Antonio, TX. Initially, I lived with another former circus chimp, Wally, and later was introduced to several other chimpanzees who are retired from research.

In 2010, WAO went bankrupt and they contacted Save the Chimps for help. Save the Chimps rescued me, Wally, and the other members of our chimpanzee family. Today me and my friends share a three-acre island in Florida, and I’ve made new friends such as Rupiah and Pam. I love the outdoors, and I really enjoy exploring my island home!