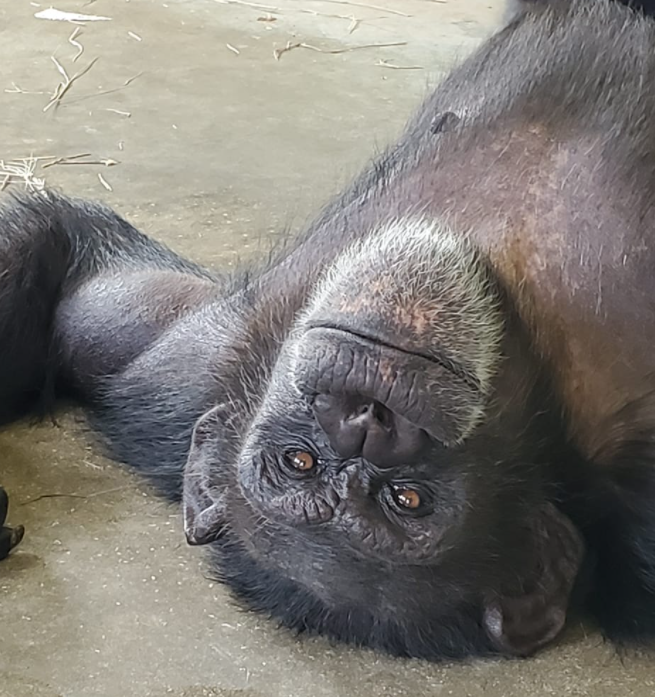 Hello, my name is
Mallory

I was born August 8, 1987, to my parents Gertrude and Cliff in The Coulston Foundation. It does not appear that I was used in any research protocols. Instead, at the age of seven after being weaned from my mother, I entered the “breeding program.” At that time, I was introduced to a group of chimpanzees which included one older male, three older females, and one girl approximately my age. I lived in a few different groups over the years, but the one constant was the other young girl from my breeding group, Kohei. As adults, we live in the same family group and still share a bond.

I arrived in Florida in December 2010 after being rescued by Save the Chimps and making the cross-country migration from New Mexico to Florida along with the other members of my family. It was exciting to have my first step onto the grass followed by the first journey over the hill to explore the rest of the island. I had never seen grass before and I sat on the island and ate it, that first day. Here on this island, I can enjoy life to the fullest, as free as can be.