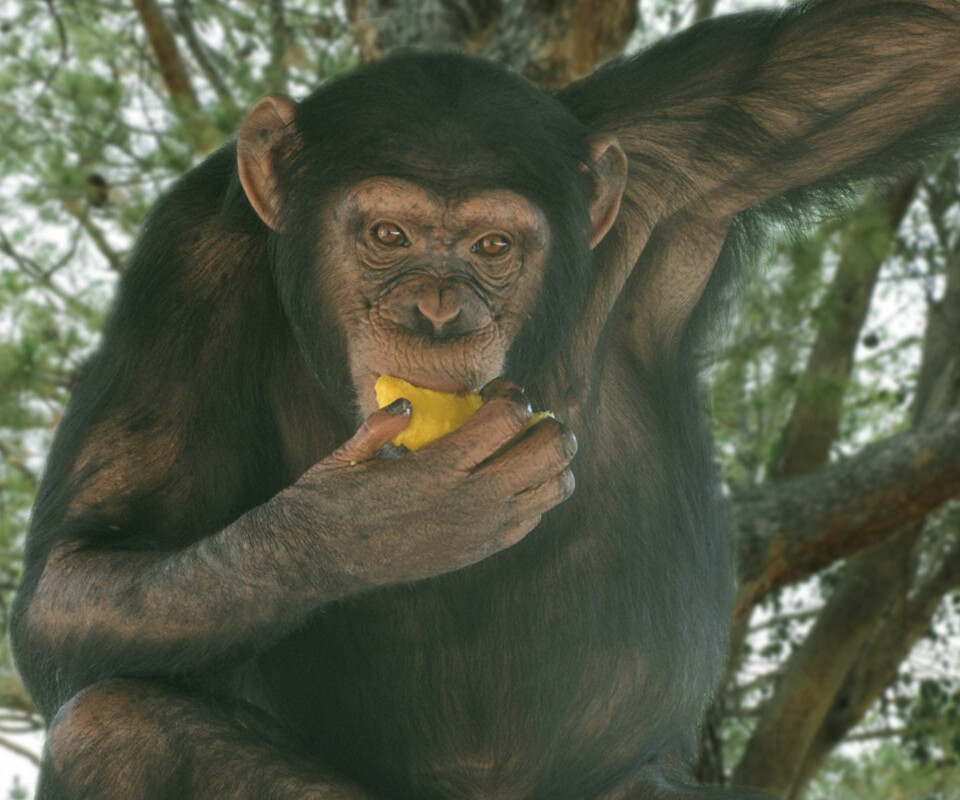 Hello, my name is
Magic

Magic came as a surprise to all when in 2004, the staff at the Wildlife Waystation discovered her mother, Ernesta, was pregnant due to Jeff’s failed vasectomy. While the staff was initially concerned that Ernesta, who had been separated from her own mother, would not be able to care for Magic, the two bonded instantly and Ernesta became a devoted mother to her. Ernesta wasn’t alone in helping raise Magic though, and Magic was able to grow up as a part of a family. Another chimp in the family group, Shake, took on an aunt role, often letting Magic ride on her back or cuddling her.

Magic is very chimp-centric, spending most of her time grooming other chimps and napping in the sun with Ernesta and her family. Despite being smaller than the other chimps in her group, Magic holds her own. She can often be seen instigating games of tag or chase with her ape family.

In 2019, the Wildlife Waystation closed its doors, leaving behind 480 animals, including 42 chimps, in need of a new home. Magic is a part of the final chimps at the Waystation to be moved with her family to her lifelong home at Save the Chimps in 2022.