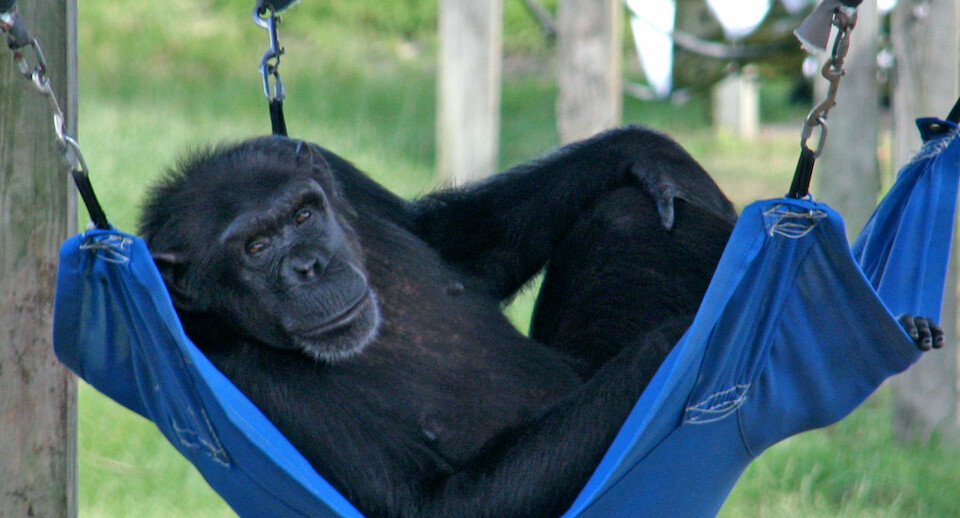 Hello, my name is
Lil’ Mini

I was born on June 29, 1993, at the Holloman Air Force Base in New Mexico. Shortly after birth, I was taken from my mother and sent to live in the laboratory nursery with the other babies raised by humans. When I was one year old, I was returned to my mom, Minnie, who accepted me as a daughter even though I was a virtual stranger. I was lucky to have lived with my mother in a social group.

My mother, Minnie, was somewhat famous. She was born in Africa in the 1950s, probably in Sierra Leone. She was kidnapped from her mother around the age of two. After she arrived at Holloman Air Force Base, Minnie trained for Project Mercury. She was one of the few females to undergo “couch training,” which prepared chimps for space travel. My mother Minnie was a candidate to be an “astrochimp,” but Ham and Enos were chosen instead. In 1972, Minnie was forced into the breeding colony, where she remained until her death. Sadly, my mother Minnie died before being rescued by Save the Chimps.

I, however, was rescued by Save the Chimps and traveled from New Mexico to Florida at the age of eight years old. I traveled with fellow Air Force chimp veterans and descendants of the space program. I was the group’s only baby and was treated like (and acted like!) a princess. I have grown into a beautiful, dignified, adult female, but I still have a mischievous and playful side. No longer the youngest chimp in my family, I have taken on the big sister role to youngsters like Angie and JB. I look forward to enjoying many more years of happy retirement on my island home in Florida.