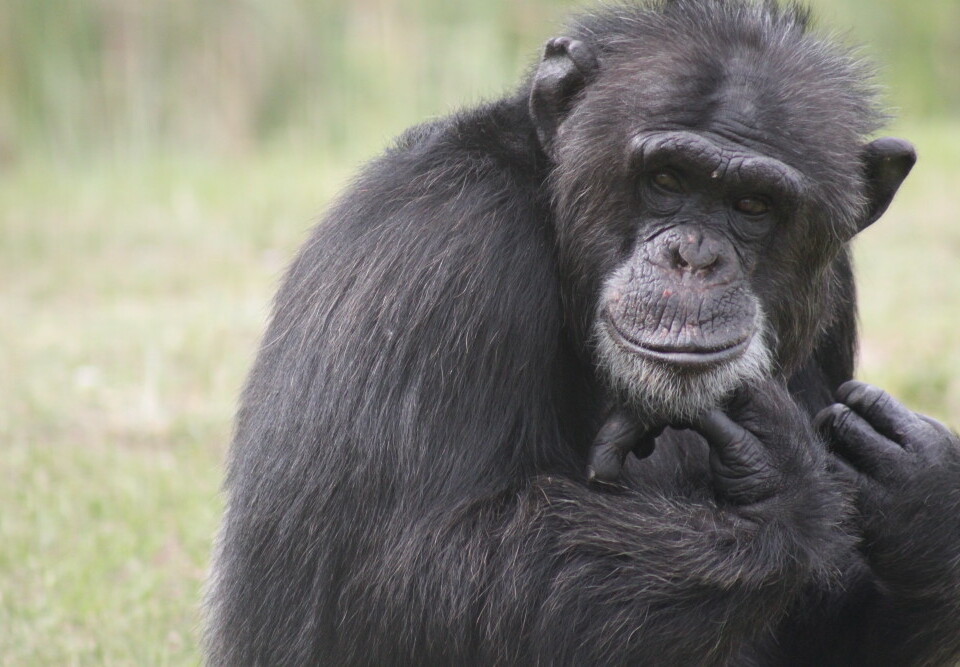 Hello, my name is
Larry

I was born on February 14, 1983. My parents and place of birth are unknown. When I was young I lived at a Miami attraction called Monkey Jungle, where I was called David.

When I was 9 years old I was sent to the Coulston Foundation, a biomedical research lab in New Mexico. The lab started calling me Larry and used me in biomedical research. I lived in isolation for a decade in a building known as “the Dungeon.” In 2002, the Coulston Foundation closed, and Save the Chimps rescued me. It took me some time to adapt to living with other chimpanzees after my years in solitude. Save the Chimps late Founder Dr. Carole Noon, said in 2007 “I was overwhelmed with all the changes in the chimps that arrived; the previously socially inept Larry is now just one of the gang.”

Today I live in a large chimpanzee family on a three-acre island at Save the Chimps in Fort Pierce, Florida. I am an energetic and active chimp who likes to make a lot of noise!