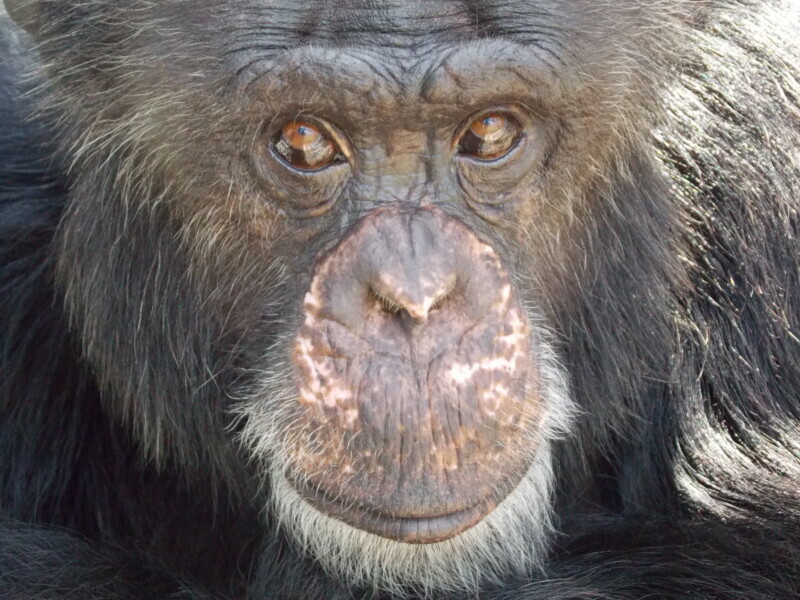 Hello, my name is
Clay

I was born at the Coulston Foundation on May 20, 1987 to my father, Mack, and mother, Jody. My mother was a good parent, but, when I was only 10 hours old, I was taken from her and sent to be raised by humans in a laboratory nursery.

I was continually used in invasive biomedical research during the first 12 years of my life. When I was only two years old, I was subjected to multiple research studies. I was forced to endure frequent anesthesia with ketamine, blood draws, liver biopsies, and injections with mysterious “test materials.” In one study, I had a lymph node surgically removed. I was also used in studies of the toxic effects of ibuprofen, theophylline (anti-asthma), and lovastatin (cholesterol-lowering), even though all of these drugs were already approved for use in humans before experiments were begun on me.

In 2002, the Coulston Foundation went bankrupt, and I was one of the chimpanzees rescued by Save the Chimps. My records indicate that I had occasionally lived with at least one other chimp. However, when I was rescued, Save the Chimps found me living in solitary confinement in a small dark cell in Building 300, known as “The Dungeon.”Save the Chimps tried several times to introduce me to other chimps, but I was not ready. My years of isolation and abuse at Coulston have left some deep mental scars.

I currently live at Special Needs where I am able to interact with other chimpanzees through mesh. As much as I love special attention from my caretakers, I thoroughly enjoy grooming through the mesh with my chimp neighbors, playing chase with them in the yard, and even joining in the occasional game of tug-o-war. I am grateful that my human friends have not given up hope that I will one day be ready to live with another chimp and be a part of a family.