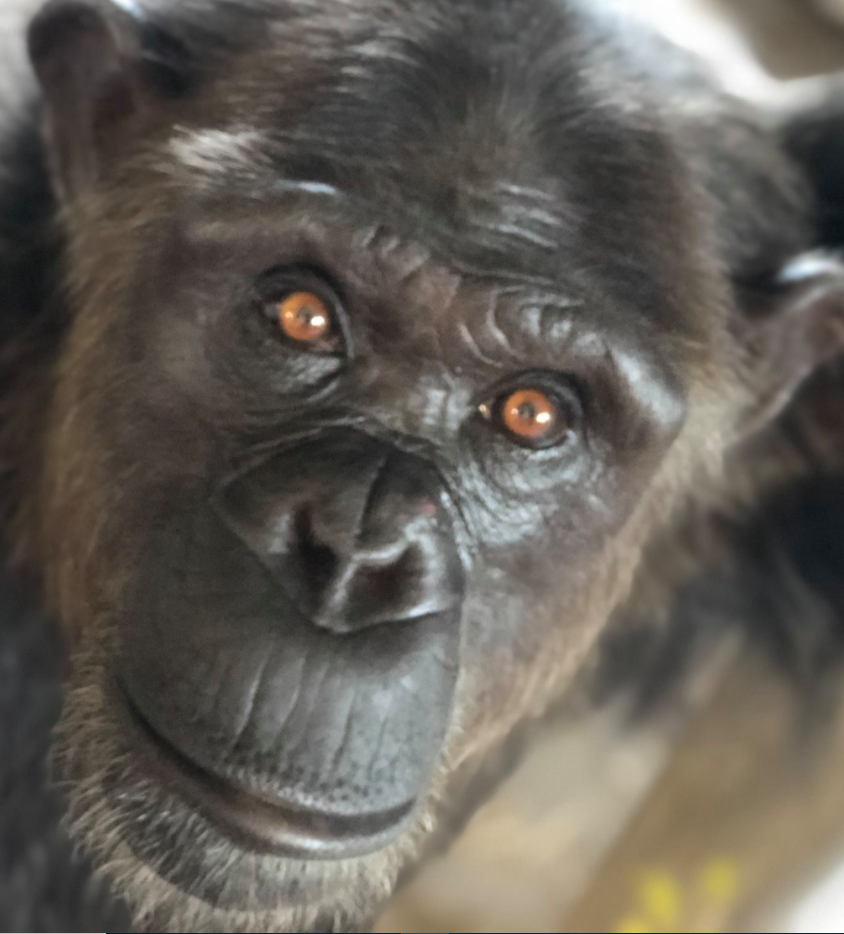 Hello, my name is
Angie the 2nd

I was born May 13, 2003, at Save the Chimps in Fort Pierce, FL, to my mother Hannah, and my father, Garfield. Both Hannah and Garfield were former Air Force chimps, rescued in 2001 by Save the Chimps. My birth was the result of a failed vasectomy. As a sanctuary, Save the Chimps does not deliberately breed chimpanzees. My mother, Hannah, did her best to take care of me, but unfortunately, she was not producing milk. The difficult decision was made to remove me from Hannah, and the Save the Chimps staff raised me for approximately a year.

During that year, I received as much exposure to chimpanzees as possible. When I was about a year old, I was gradually reintroduced to Hannah, Garfield, and the rest of my chimpanzee family in Doug’s family. I became known as Princess Angie, I was sassy, headstrong, and spoiled rotten by both my chimpanzee family and human caregivers! Today I continue to live with both Hannah and Garfield and have also made new chimpanzee friends, such as Kippy and Huey.