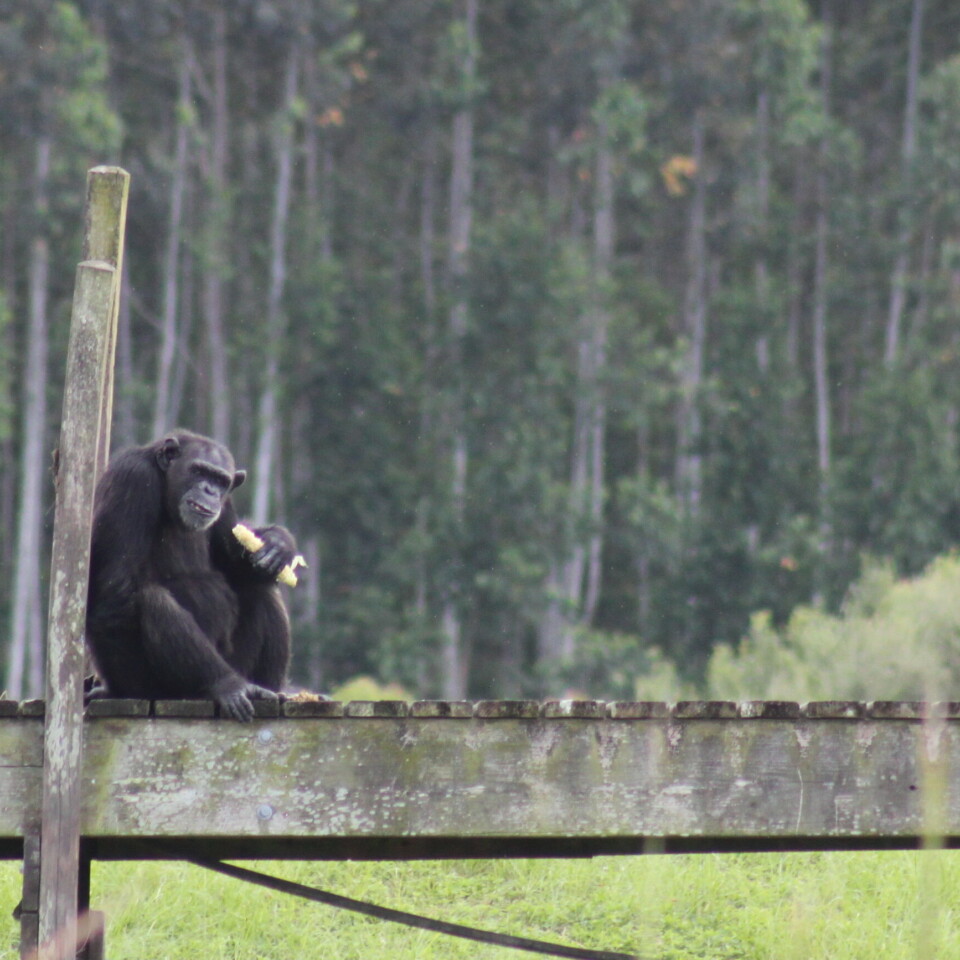 Hello, my name is
Amber

I was born May 5, 1988, to my parents Little Rock and Tarzan, in the Coulston Foundation. I was taken from my mother at five days old and sent to the nursery to be raised by humans. As an infant, technicians described me as “irritable and unable to be handled.” I was injected with B12 and Valium to calm me down, but it didn’t seem to help. At two years old, assigned to me was my first research protocol. The protocol involved multiple sedations over a year for an x-ray measuring study. I struggled during these procedures and at least once required additional medication due to crying and stiffness. Following this protocol was another protocol a year later involving daily blood draws for one month. Around this time, I began having seizures, sometimes associated with anesthesia. I was discovered unresponsive in my cage multiple times due to seizures, but I did recover with treatment.

My difficult childhood came to an end in 2002 when Save the Chimps rescued the Coulston Foundation chimpanzees. Chimp introductions began, and eventually, I was integrated into the largest chimpanzee family at STC, known as Rufus’ family. I am still quirky, but I have blossomed from the awkward girl I once was to a beautiful young lady since moving to my beautiful island home in sunny Florida. I am also strong-willed and will let my caregivers know when I want something, such as repeatedly knocking on a door when I would like it opened to move to another room during mealtime. I can be found following a very handsome male in my group, Sinbad. I am seizure-free and enjoying my retirement surrounded by a chimp family and caregivers who love me.