Vote for the cutest couple and receive a discount in our online gift shop! We have a variety of wonderful last-minute gift ideas. You can sponsor a Chimpentine party in someone’s honor, dedicate a name to be placed on one of our resident’s heart-shaped pinatas, send a rose to one of our residents in honor of your loved one, adopt a chimp, adopt a couple, and more!

Vote for the Cutest Couple 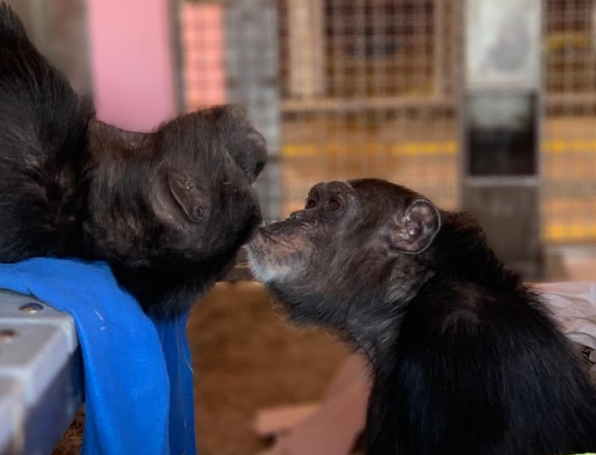 These two friends enjoy spending a lot of time together. Their caregiver caught this sweet moment on camera when Holly gently kissed Elway‘s forehead. 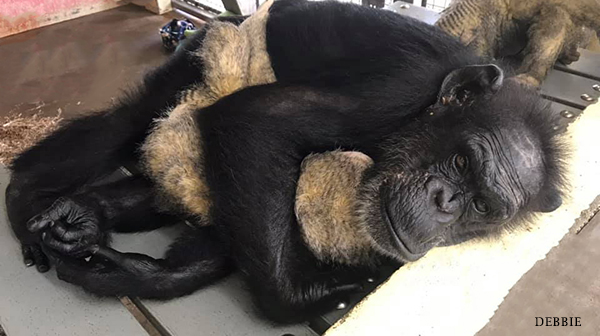 Debbie and her Stuffed Monkey

Debbie has carried this stuffed monkey around for years. She cuddles it, grooms it, and cares for it. You will never find Debbie without her beloved stuffed monkey which is why we thought it was appropriate to nominate them as the cutest couple. 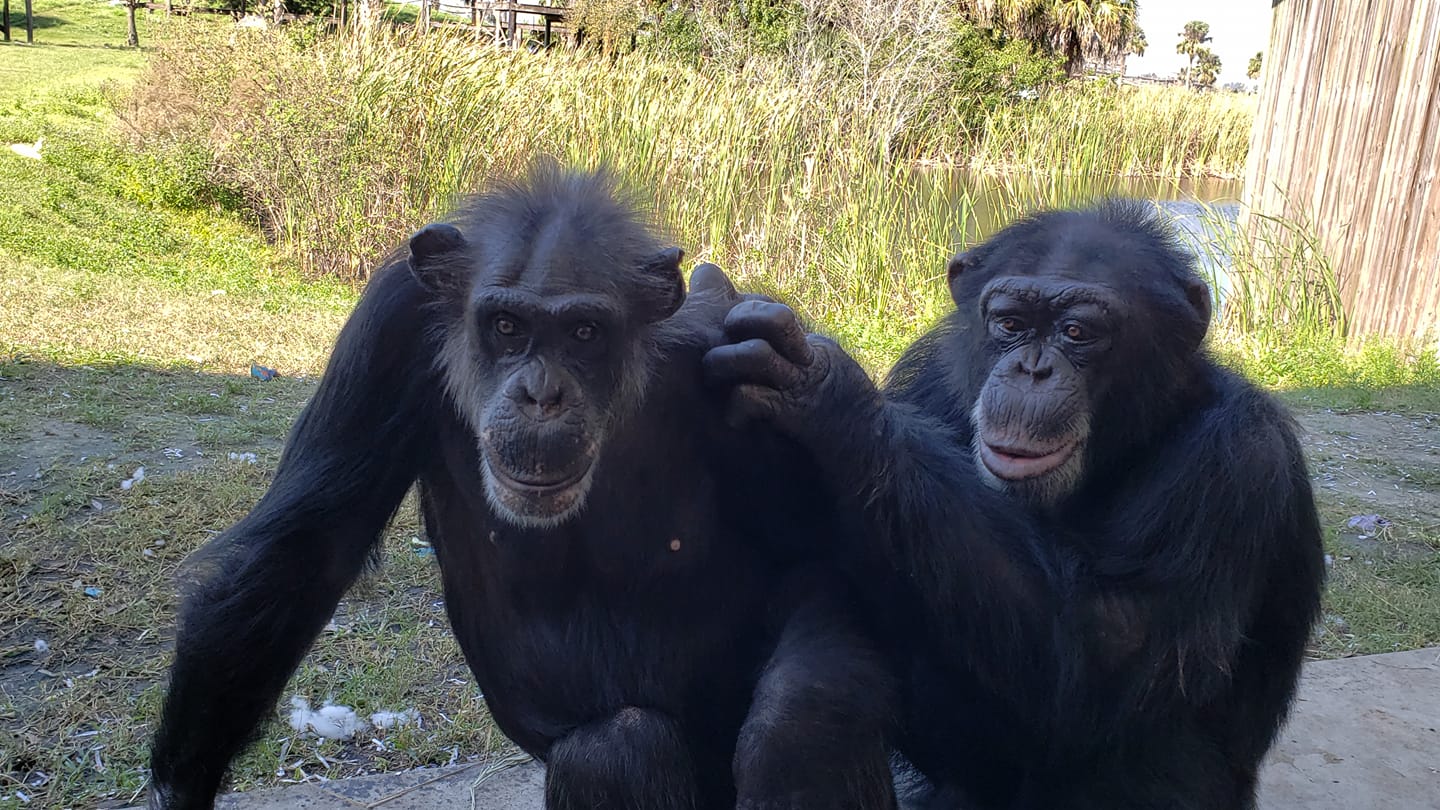 Opal and Braedon have lived together for decades and were only recently spotted spending quality time together. Braedon has been following Opal around and she seems to relish the attention of this much younger beau. They have been spending a lot of time grooming each other and it’s adorable, to say the least. It just goes to show that love can blossom! 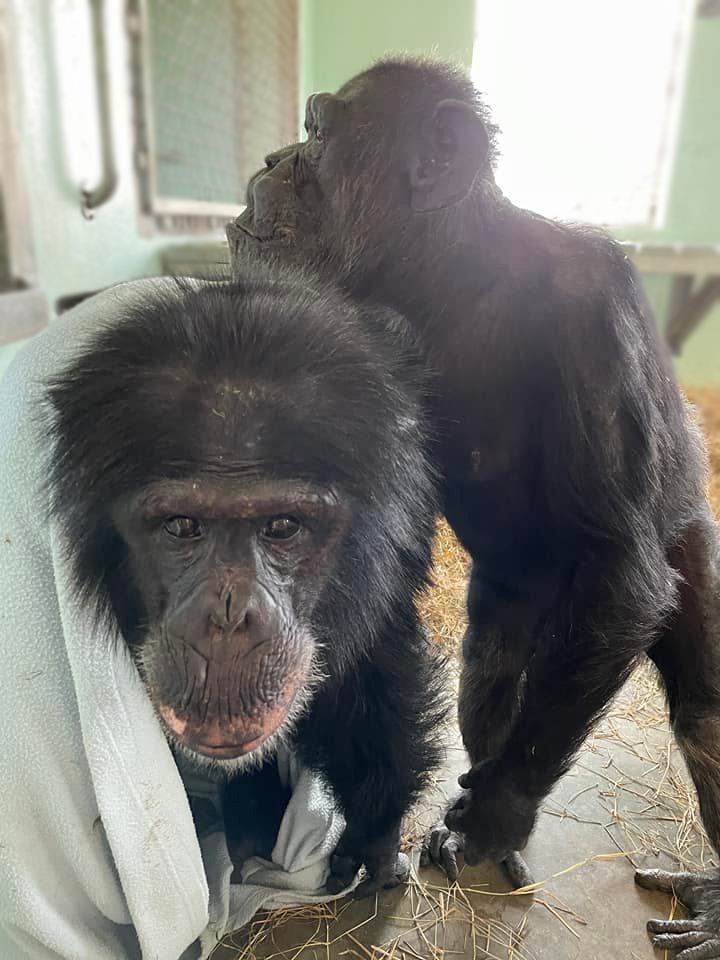 Dylan and Vanna spend so much time together and have a cute friendship. She used to follow him around and beg him for hugs and he would be indifferent about it, then suddenly he was the one following her around demanding all of her attention. Now he can often be found hugging her and giving her reassurance. 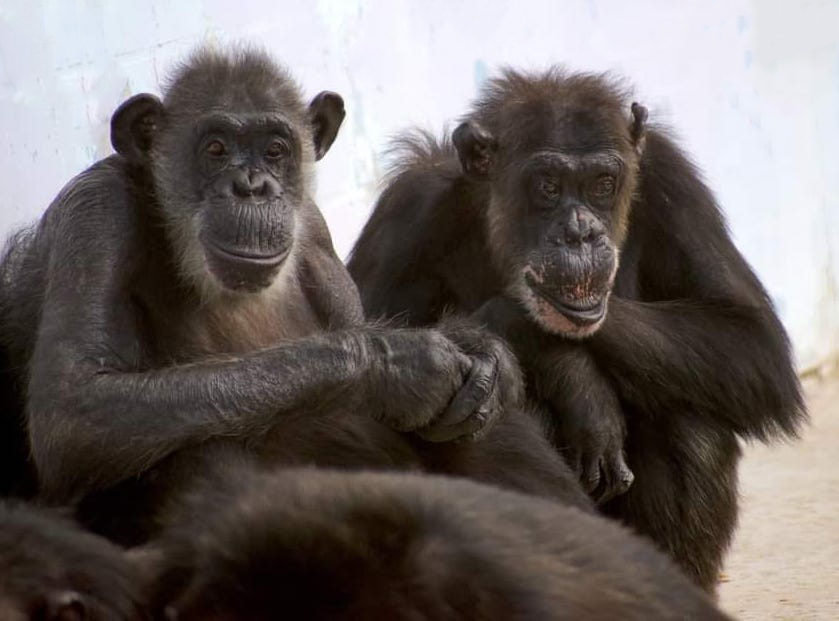 Yolanda and Lisa are two elderly females who have had a strong bond for decades. In the 1980s they were placed together in the laboratory after Yolanda suffered a miscarriage and the laboratory staff felt she needed companionship. In the 1990s, they lived in a group, along with Lisa’s daughter, Bambi. At Save the Chimps, they became members of Rufus’ family and migrated to Florida together in June 2006. Their tight-knit group loves to raise a ruckus and chase each other around the island. Even though they are elderly, they often jump right into the action side by side. These harmless scuffles settle quickly and are followed by grooming sessions where everyone Jerseyreinforces friendships and smooths over any hard feelings. 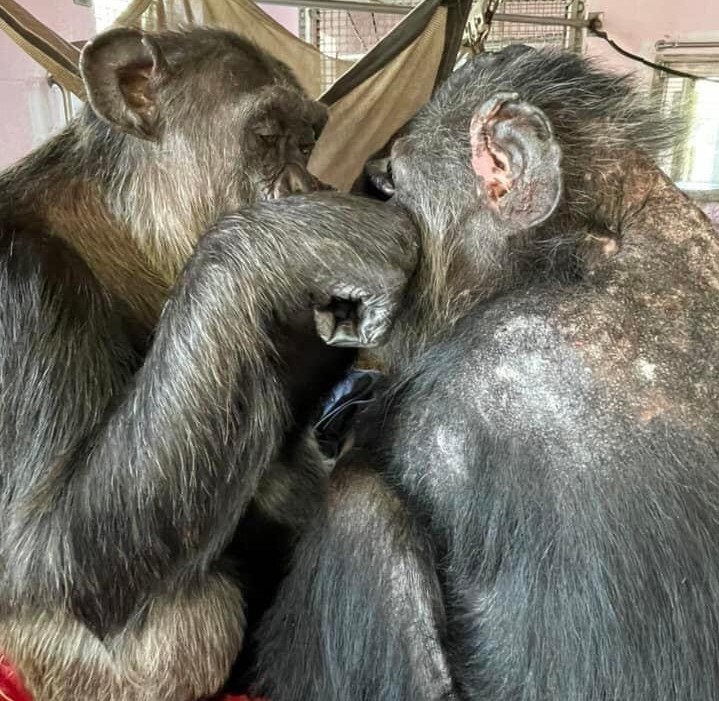 Jersey recently met Boy and they fell instantly in love. Actually, before they met face to face they fell in love from across the hallway, giving each other loving looks. When they were introduced they ran to each other panting and sat down for a long grooming session.