Terry had his first chance to go outside on the island!

Terry, our newest resident who was rescued from the Las Vegas Zoo in October, took a big step today (both literally and figuratively) when he was given access to an island for the first time! 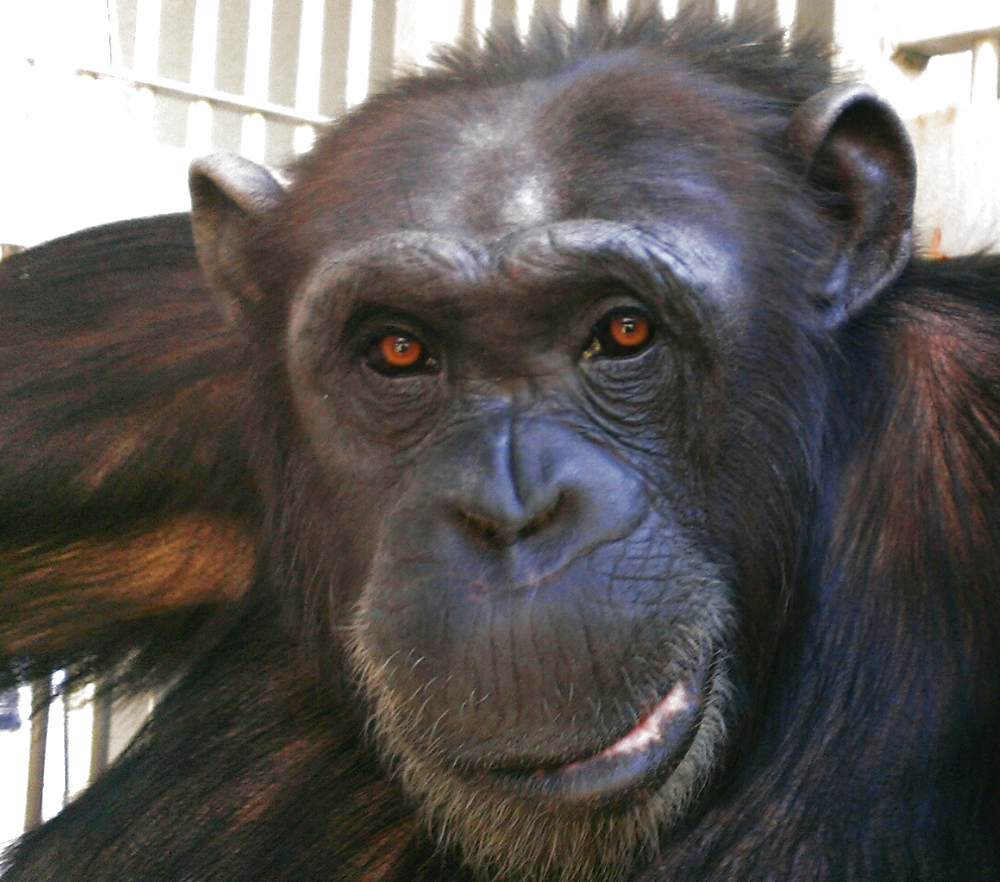 Terry resides in the Special Needs Building with his good friend Indie. This building does not yet have its own outdoor area, but it is connected to the Air Force Island via a chute, which allows the Special Needs chimpanzees to have access to the island on occasion when other chimpanzees are inside for meals. We call it “time-sharing” and it gives chimps who have social or medical challenges a chance to enjoy island life.

Today, Terry had his first chance to go outside on the island, joined by Indie and Pam. We did not know what to expect when the door was opened for Terry. Would he rush out to the island? Would he choose to stay indoors? Well, the end result was somewhere in between!

Terry went through the door leading outdoors without hesitation, but he was a bit more cautious about venturing out to the island. First he stuck to the “patio,” a concrete area adjacent to the building. Then he set foot onto the grass but stuck close to the fence that leads out from the building. He seemed very curious about the caregivers, volunteers, and guests who were on hand to observe the happy occasion. Terry was also very pleased to be reunited with Pam, whom he had met before but had not seen in awhile (because Pam absolutely refuses to come indoors! She is a true island girl.) Pam was thrilled to see him too, and would tap her feet playfully whenever he approached. At one point, they even held hands, which elicited a chorus of “awwwww”s from Terry’s audience.

Terry did not choose to go further out onto the island, but that’s OK. What’s important is that he had the chance, and the decision was up to him. The decision will continue to be up to him as he gets more chances to explore the Air Force Island, and we’re pretty confident he will make his way out to the island’s hills and platforms in time.

You can help Terry continue to experience the happy life we have planned for him with an Adoption Gift. Your symbolic adoption gift can help Save the Chimps provide Terry and all of his new friends a safe and secure future.

P.S.  Whether you make an adoption gift, become a member, or make a special donation – all contributions will go towards the care of the chimpanzees living at Save the Chimps.

P.P.S. For an opportunity to see Terry’s new island view and over 250 other chimpanzees, become a member today and register for our upcoming Member Day