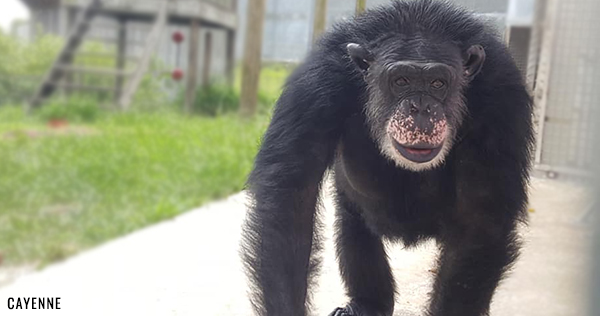 Terry wasn’t going to give up on his friend Cayenne. Every day he’d venture out onto the island, look back, and urge Cayenne to join him. 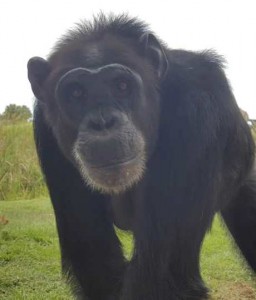 Having spent her first fifteen years in a suspended cage, Cayenne didn’t know what concrete was, never mind grass. It looked so soft, and strange.

Every once in a while she’d dart out onto the strange grass to get a treat but then run right back onto the concrete patio where she felt secure. But Terry was always there, urging her to explore. And little by little, Cayenne would go a little further out, and then head back in.

Overcoming fear is something we can all relate to. Fear of the unknown, fear of the future. But we can also relate to the need to rely on our friends. Sometimes they are the ones that carry us when we cannot carry our own fear.

We started our Board Match Challenge during a time of great fear and unknown. How long would the sanctuary be under lock down protocols? Would the supply chain be disrupted? Could we count on our supporters at a time when we most needed them?

And you responded. Hundreds of donations have come in, totaling over $175,000 — a truly astonishing feat, as triumphant as Cayenne taking her small steps onto her island sanctuary. We could not be more humbled and grateful.