Neither Rain Nor Snow Nor Heat…

But Maybe a Tropical Storm!
Six chimpanzees are excitedly awaiting their turn to journey to Florida.
Marc, Kaleb, Late, Tina, Katina, and Kayla are scheduled to depart today, August 4, and arrive in Florida on Saturday, August 6, but Tropical Storm Emily may put a little crimp in our plans. Save the Chimps staff is proceeding with preparations for this next chapter in the Great Chimpanzee Migration, and watching the forecasts of the storm’s projected path. We are hoping that TS Emily will avoid coastal Florida, but if she doesn’t, the migration will be postponed for 24 hours.
Marc was captured in Africa in the early 1970s, and was rescued from The Coulston Foundation. He is the father of several STC residents: Frieda, Lauryl, Liza, Megan, Moesha, Opal, and Tyra—and grandfather to Ritt, Kallie, Rowan, Leo, and Melody! Tina, Katina, Late, and Kayla are former research subjects who were rescued this year when the Wild Animal Orphanage in Texas went bankrupt. Kaleb is a former pet chimpanzee who was also rescued this past year by Save the Chimps.
Marc and his friends are members of a group of 16 chimps, one of the smaller social groups at Save the Chimps. Once they are settled in Florida, the remaining ten members of their chimp family will make the cross country trip to join them, hopefully during the third week in August.
We look forward to welcoming the chimps to Florida, and hope that the sun is shining down upon them when they arrive! 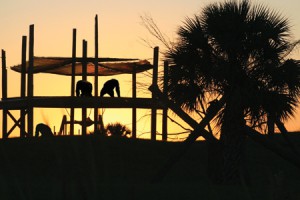 A very special thank you to our supporters who are responsible for making this migration possible – the Gopoyan’s and the Young’s.
The Gopoyan’s sponsored Marc’s migration.  The Young’ sponsored a total of ten, five of which are making this trip.
We’re sure you’ll be inspired by their words just as we were…
“My  family and i have been planning a trip to Hawaii for many, many years now. my wife Kelly and i honeymooned there 11 yrs ago. the plan was and still is to someday triumphantly return with our 2 children. we planned on the winter of 2012, we have however decided that Hawaii can wait. we are going to visit my Florida  instead. we can take the $$$$’s saved on the vacation and sponsor Marc’s migration. i showed my Kelly his picture and without hesitation she said “Let’s do it”.” ~ Steve Gopoyan
“With this migration, and the transport of two privately owned chimps from Gainesville, we have helped 56 chimps get to Save the Chimps. We feel we have done a lot to help these very unfortunate chimps to live the rest of lives with love and dignity.” ~ Karen & Don Young
With all our heart, we thank you Kelly & Steve and Karen & Don. Your generosity and compassion is an inspiration to us all. The chimps will soon being running across their island under the big blue sky- grass beneath their feet and the warm sun on their back – they have YOU to thank for it.
To all of you who make our work possible, thank you for being a part of our chimp family.
There are still chimps in need of sponsorship.
Our goal is to bring them all home this year.
Please help make this dream a reality.

Did you know…
Although chimps make a new nest every night, they often build them on branches that have previously been shaped into the perfect foundation. Read the full article
Because of the limited number of trees at the sanctuary, the chimps use fleece blankets to build their nests.Visit our wish list at Amazon.com to order blankets for the chimps. 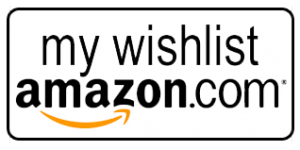