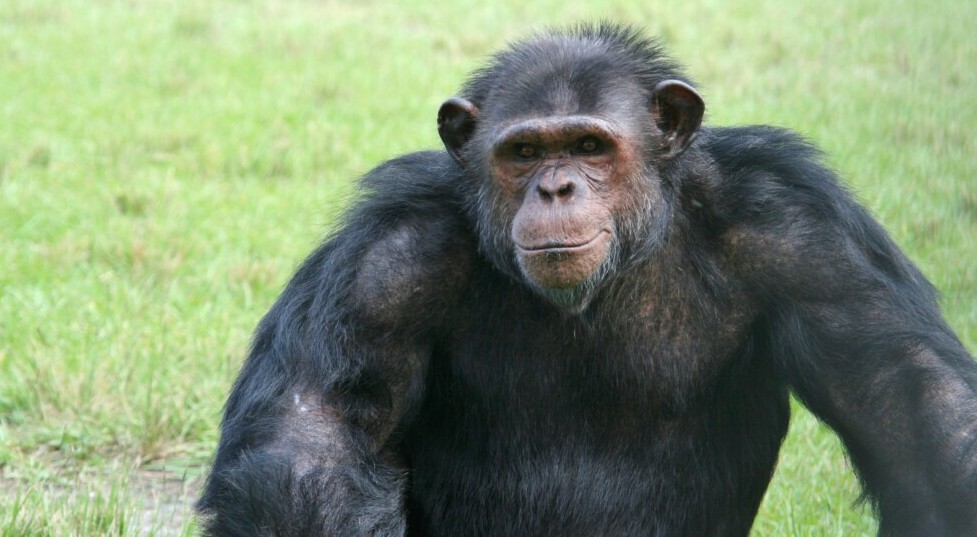 It is with great sadness that we share the passing of one of our most beloved chimpanzees, Garfield. He was 29 years old and thrived for almost two decades with us here at Save the Chimps. 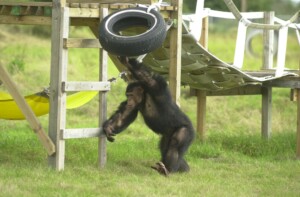 Garfield was born on March 9, 1991 at the Southwest Foundation for Biomedical Research to his mother Hope and his father, Eric. Unlike many chimps born in research labs, Garfield was raised by his mother until his third birthday. When he was three, he was taken from his mother, which must have been very traumatic for both Hope and Garfield. He remained at Southwest until he was seven, when he was sent to the Coulston Foundation. Save the Chimps has no record of his time at Southwest, other than notations of annual physicals. He arrived at The Coulston Foundation in March 1998, and was anesthetized six times within that first year for physicals and blood screenings. Fortunately, he was never assigned to a research project. He remained at the Coulston Foundation until Save the Chimps rescued him in 2001. He was a member of the Air Force Group, who were the first chimpanzees rescued by Save the Chimps. He was full of bravado and daring when he arrived, and did not hesitate to explore when his family was released onto their island home.

Garfield was a very large and magnificent chimpanzee, with lighter skin than most chimps, and a very prominent jaw. He resembled his father Eric, and Garfield passed these traits on. In 2003, three chimps were born in the Air Force Group, despite the fact that all the males, including Garfield, had been given vasectomies. Unfortunately, Garfield’s vasectomy had grown back and genetic testing revealed that he was the father of Jude, JB, and Angie. Although Jude looks more like his mother, JB and Angie bear a striking resemblance to their father. 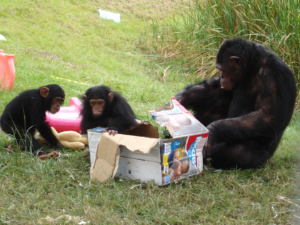 Garfield became alpha of his group and loved his island, often preferring to remain outside rather than head indoors to eat breakfast. Eventually, Garfield developed heart disease, which pushed him to pass the leadership responsibilities on to his now teenage son, JB, supporting JB in the role.

Garfield was a remarkable chimpanzee. He was trained to participate in his own health care and learned to use Kardia ECG, a program used in human patients to monitor the electrical activity in the heart and is used to screen for abnormal heart rhythms. Garfield was a very engaging chimpanzee who loved to learn new things and had started to learn new behaviors to allow staff to obtain blood pressure and ultrasound images of his heart for monitoring his previously diagnosed heart disease. These diagnostics can then be evaluated by cardiologists from the Great Ape Heart Project to monitor disease progression and advise treatment options. Despite this exceptional care, sadly, his heart disease was incurable. Information that Garfield has provided will contribute to the future management of heart disease that is so commonly seen in Great Apes.

Garfield was a majestic, strong male who was out strolling on his beloved island when he suddenly passed away. He was loved deeply by many. His charisma enchanted everyone and we will miss his magnetic personality, but remain grateful for the years he spent relishing life at Save the Chimps.