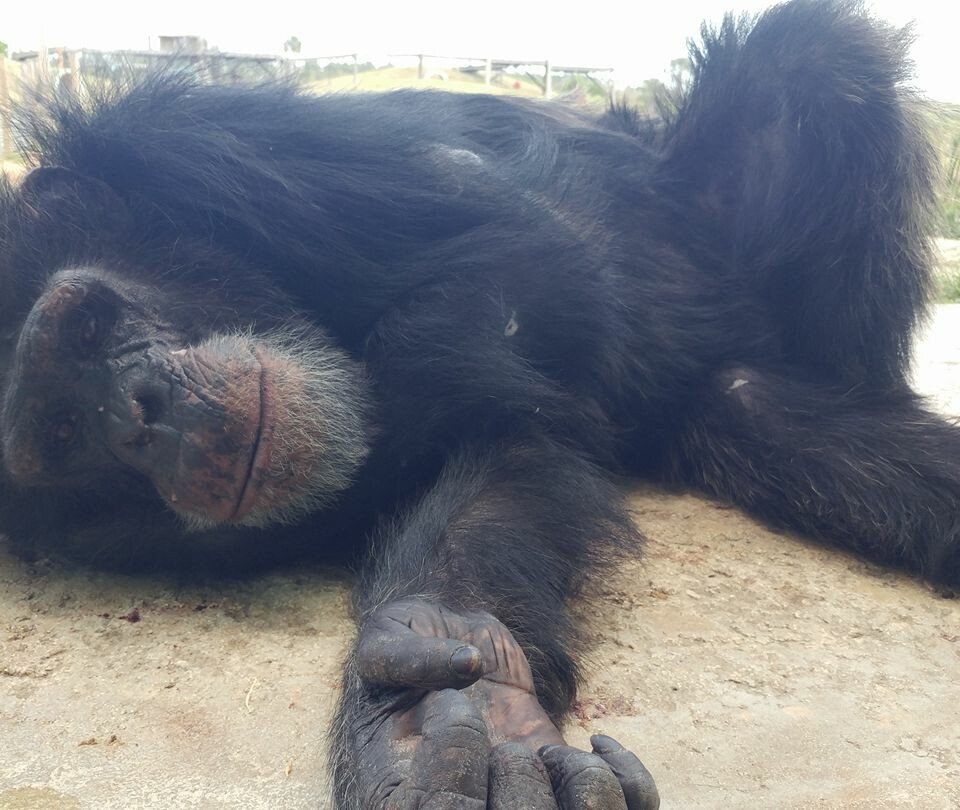 Hello, my name is
Zeus

I was born January 21, 1997 to parents Lupe and Gromek at the Coulston Foundation, a laboratory in New Mexico. I was described as strong though somewhat small. Because Lupe was an attentive mother, I was allowed to stay with her for fourteen months until I was taken from her to be introduced to other babies (Venus and Walden) in anticipation of being shipped to Bioqual, a laboratory in Maryland. A behavioral assessment done during this time describes me as antisocial towards humans and my peers. I did not like being handled by humans or being held by other chimps, although I did seem fond of Venus.

Despite being a sickly toddler, I was put on research protocols and at four years I had bone marrow removed from my left leg twice for a study. I also had several liver biopsies over the years. This was often done weekly for an extended period of time. After suffering from diarrhea and multiple hot spots on my skin I became so dehydrated I needed fluids and was being fed through a tube. My skin became so dry it needed to be treated with lotion on a daily basis. At this point allergy testing was done and it was discovered I was allergic to wheat. This led to being put on a wheat free diet.

While at Bioqual, my caregivers noted that I liked to look at myself in the mirror. For naptime I would carefully spread out a blanket to lie on. When I returned to New Mexico, the old lab had been taken over by Save the Chimps and I discovered that great improvements had been made. There would be no more painful procedures and I was given the opportunity to make new friends and eventually live with a large group. We had toys, and blankets, and were given new delicious food choices.

My family and I moved to Florida in 2011 and experienced life on the island for the first time. I enjoy exploring the island during the morning and will usually choose to relax underneath the cool fans in the afternoon. I like to sit back and watch the action around me in a reserved and stoic manner. Venus and I continue to have a strong friendship and I always have her back if the group is getting too wild. I am enjoying life under the warm Florida sun surrounded by a family that loves me.