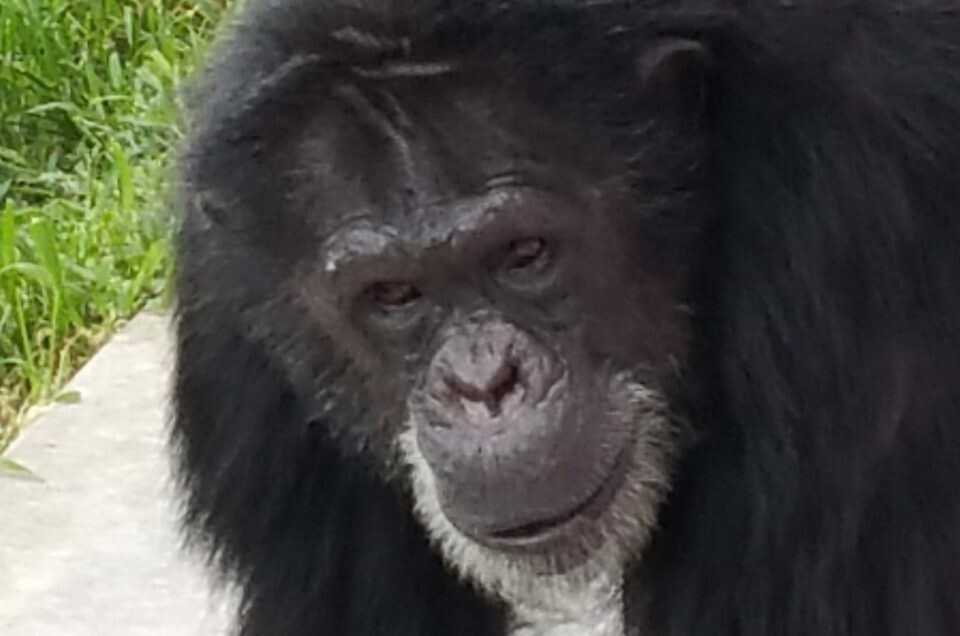 Hello, my name is
Walden

I was born on June 6, 1997 at The Coulston Foundation to my mother Beth, and father Shakey. Sadly I was taken from my mother after two days and raised in the nursery. When I was a year and a half old I was shipped to Bioqual, a research facility in Maryland. In the beginning I was used as a test subject for a flu study, and within the first 12 months I was anesthetized or “knocked out” 44 times. For the next 6 years I was shuffled between hepatitis and flu studies, and was anesthetized 674 times, while also having to endure 209 liver biopsies. Despite these experiences, I have grown to be a very outgoing, gentle, and playful chimpanzee. I am abundantly loved and respected by my chimpanzee family, and I love to swing and play chase with them and my caregivers.

During my youth I was always housed indoors, and for the majority of that time I was in isolation. I was very hesitant when I was released onto my island for the first time in early 2010. I quickly explored my island once, and immediately came back in. Over the next five years I was seen outside just once, during a Chimpmas party a few years ago. I loved Nuri, an older female who has since passed, so much that I gathered the courage to quickly run outside, pick up a gift, and run back inside to give to her. Recently, however, I’ve worked up the courage to go outside again. With encouragement from my chimp friends, I occasionally began to step out onto the patio. Since then I have stayed outside longer and ventured further. My caregivers are very excited for me and give me lots of encouragement. I have shown the world that with time and patience I have the ability to grow and change if I’m given the chance. Today I roam the entirety of my island home, and live happily with Bobby’s family.

Donate in honor of Walden and his inspiring display of courage.