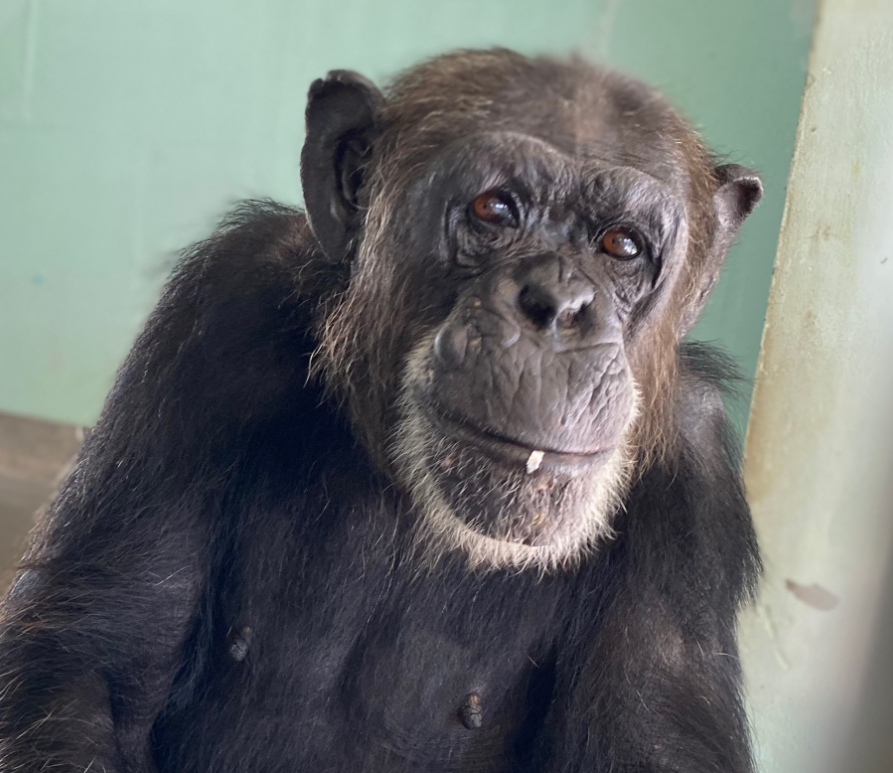 Hello, my name is
Vanna

I was born to my parents Tinker and Lou on September 22, 1986 in a laboratory. Tinker was allowed to care for me for three years before I was taken from my mother and sent to live with other chimps my age. In my early years, I had routine physicals and blood work done but I wasn’t placed in any research studies. My first observed seizure occurred when I was six and a half years old. Fortunately for me, I had my friends Nadia and Jennifer watch over me. Later, at eight years old, I officially became part of the laboratory “breeding program.” I ended up having three children, Kioki, Kira, and Teá.

When Save the Chimps rescued us from the Coulston Foundation, we all migrated to Florida in January 2010 where I became a part of Ron’s family. This group is unique because it has members at both extreme ends of the age spectrum of the youngest and some of the oldest chimps on property. Now on the island, I’m free to enjoy the Florida sun with plenty of treats, space to run around, and the freedom to choose what I want to do for the day.