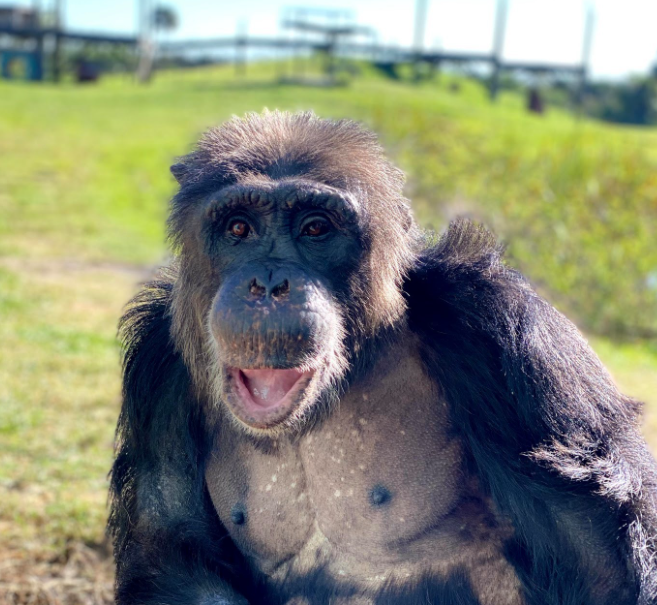 Hello, my name is
Torian

I was born to my parents Lisa and Doug on March 14, 1997. I lived with Lisa and another mother/child pair until I was weaned at one year old in preparation to be sent to another research institution. Two months after being taken from my mother, I became slightly depressed. A few days after that I was placed on a truck and moved cross country to Rockville, MD to live at another research center, Bioqual. My time at Bioqual was spent being sedated for one study after another. Sometimes it was weekly blood draws and liver biopsies for several weeks in a row. For another study, I was infected with the Dengue virus through an IV drip.

Fortunately, I was rescued by Save the Chimps, and one of the tasks Save the Chimps began after taking over the Coulston Foundation in 2002 was to bring back all of the chimpanzees who had been loaned out to other institutions. I returned to New Mexico in April 2006. By this time chimp introductions and group formations were in full swing in preparation for the great chimpanzee migration (our trip to the sanctuary in Florida). I became a member of Tapioca’s family, a group with more energetic males than other groups on property. I migrated to Florida in December 2011 with the other members of my family. Right now, I’m enjoying island life. My days are filled with family, friends, and choices and I’m enjoying every minute of it.