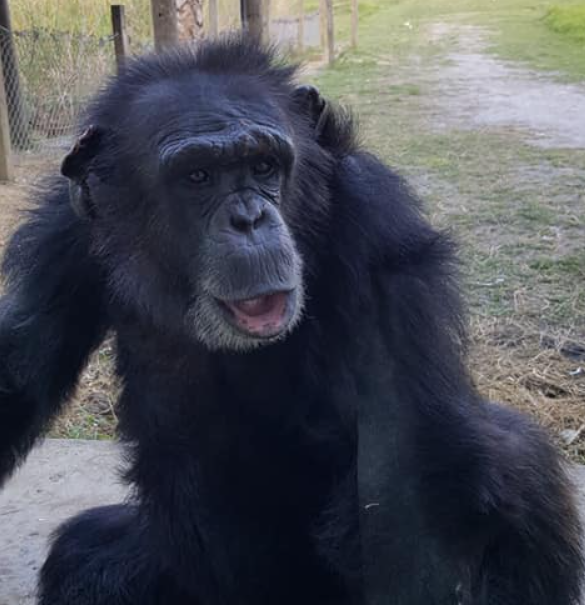 Hello, my name is
Taz

I was born to my parents Gail and Jack on April 5, 1997, at the Coulston Foundation, a biomedical research laboratory. During an early physical as an infant, I was described as a “normal healthy kiddo.” As one of the luckier infants born at the Coulston Foundation, I was allowed to stay with my mother for approximately one year. Unfortunately at this time, I developed the flu which staff felt could be better treated if I moved to the nursery where baby chimps were raised by humans. While there, I lived with Walden, another young male. At approximately one and a half years old me and my friend Hunter were transferred to the CDC in Atlanta, GA. We stayed there for approximately nine years. While there I was placed on a hepatitis study.

Save the Chimps gained custody of me in 2002. Over the years I was placed in a couple of different large groups until I found my place with my current family at Tapioca’s building. This group is filled with outgoing young males and I definitely fit in. My current caregivers describe me as super cute and playful. I am still considered to be independent but will hang out with Roady, another male, from time to time. The great thing about retirement is the ability for me to choose how I’d like to spend my days and have great friends to enjoy them with.