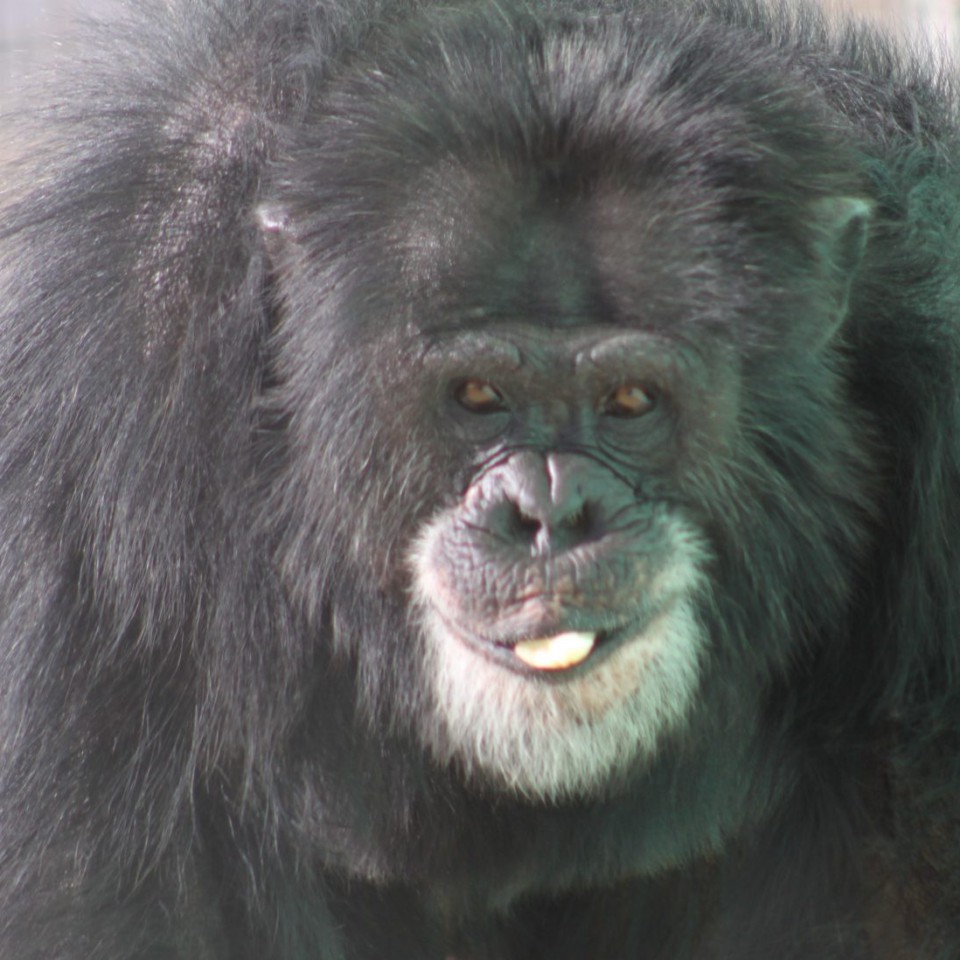 Hello, my name is
Spanky

I was born July 1, 1986 at the Coulston Foundation laboratory in Alamogordo, New Mexico to mother Roxy and father Mack. Roxy was a good mother and cared for me for 24 hours before I was kidnapped from her and taken to the research lab’s nursery. I was raised by humans and when I was just 16 months old, I was anesthetized with Ketamine and tattooed with a laboratory identification number. Two months later, I was anesthetized again, and this time blood was drawn and a liver biopsy taken. I was then removed from the nursery and placed in isolation. Over the next year, I was anesthetized 49 times for blood draws and was also subjected to 13 liver biopsies. I continued to be used in at least 5 different biomedical research studies between 1992 and 1998 and was also anesthetized frequently for blood draws, infusions, and biopsies.

Fortunately, my life took a turn for the better in 2002, when I was among the 266 chimpanzees rescued by Save the Chimps from the Coulston Foundation. It became quickly apparent that I preferred the company and attention of humans rather than chimps. This came as no surprise given my long history of social isolation during research protocols. After a long and careful process of socialization, I joined Carlos’ Family and moved to Florida in 2007. Years later, due to extreme social unrest, it was necessary to make the difficult decision to separate the members of my group and introduce us to new families. I am now a member of Seve’s family. I’m a quirky guy and a true gentleman with a heart of gold. I can almost always be found carrying a small piece of something whether a stick, piece of cattail, or small plastic toy and will keep my small treasure with me as I explore the island and bring it inside at mealtime. I make a very distinctive “raspberry” sound that can be heard throughout the building at all times.  It’s the background noise and soundtrack of Seve’s building. My favorite thing in the world is grooming. I love to groom my chimp family and especially my caregivers (chimps and caregivers do not have direct contact but I will use a “tickle stick” to groom my caregivers). I’m a handsome charmer who has won everyone’s hearts!