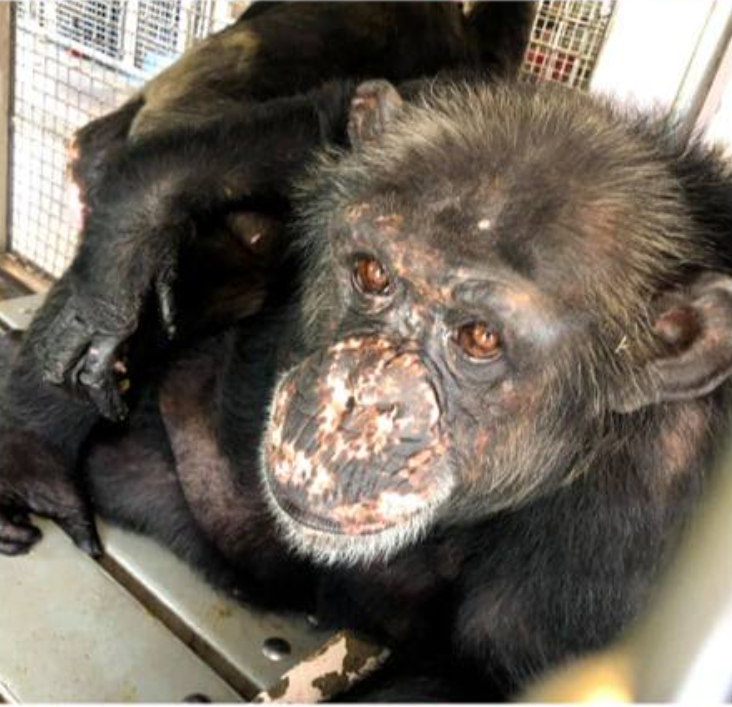 Hello, my name is
Schotzie

I was born March 4, 1994, to my parents Jennifer and Alvin in the Coulston Foundation. I was removed from my mother two hours after birth and taken to the nursery to be raised by human caregivers. Starting a week after being admitted to the nursery, I experienced multiple bouts of extreme nasal congestion which at times escalated into a fever. After several weeks of medication and other treatments I eventually overcame my health issues. I was then sent to Bioqual (a lab in Rockville, MA) when I was only fourteen months old. After a few years at Bioqual, I was sent to another research facility. Now almost eight years old, I arrived at the University of Texas, M.D. Anderson Cancer Center in Bastrop, Texas in February 2002.

One of the tasks Save the Chimps began after taking over the Coulston Foundation in 2002 was to bring back all the chimps who had been loaned out to other institutions. I returned to New Mexico in December 2003. The Sanctuary staff had begun chimp introductions and groups were being formed. I became a part of Bobby’s family and with other members of my group, migrated to Florida in January 2010. Now, I know I’m home and I’m not going anywhere. I have a bright future filled with love, companionship, and care.