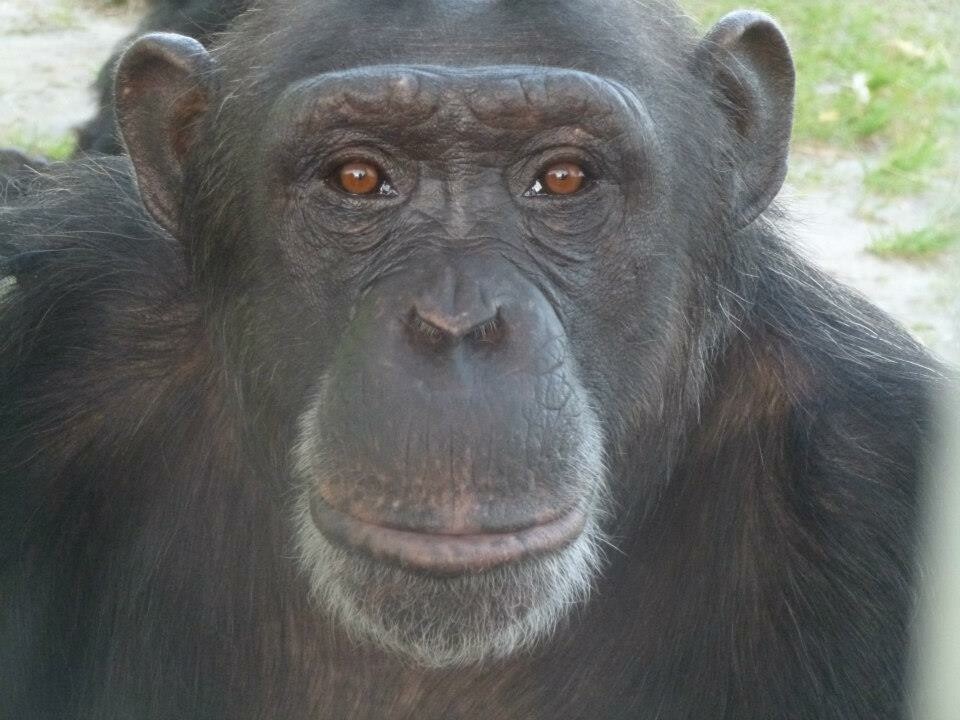 Hello, my name is
Sable

I was born December 16, 1999 to parents Kohei and Wes. I was born at The Coulston Foundation during a time when the lab was entering into extreme financial difficulty. To try to raise money, Coulston sold a number of chimps to the entertainment business. I was purchased by a Hollywood trainer, who later agreed to get out of the chimp business and send me and my companion Cody to Save the Chimps, as a part of a court settlement.

I have since been reunited with my mother Kohei and am part of a large chimpanzee family. I am a beautiful, fun-loving chimp!