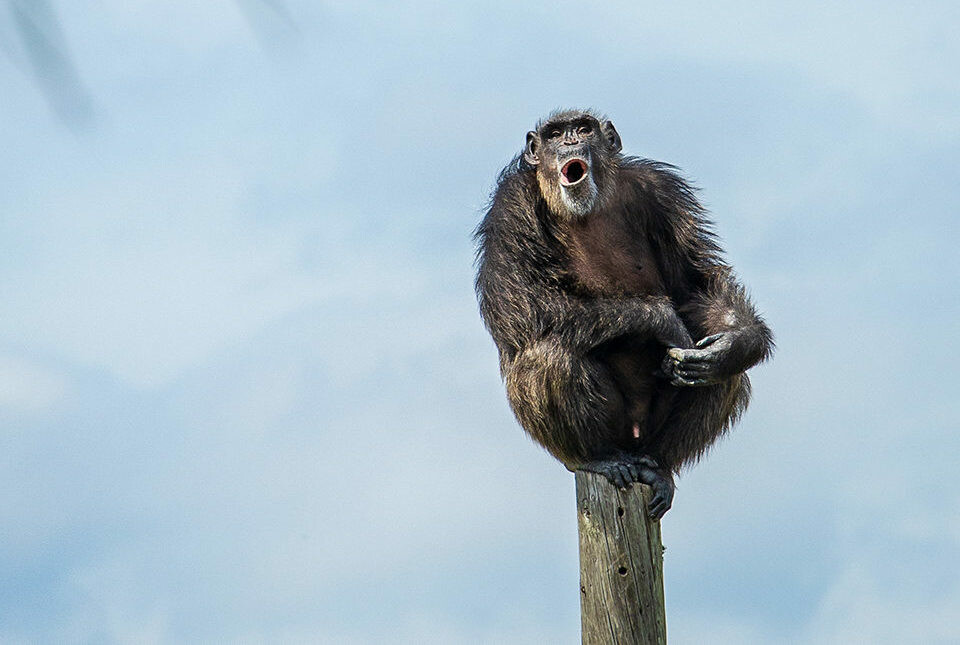 Hello, my name is
Ricky

I was most likely born in captivity in the early 1980s. My past is uncertain but it is believed that I was a circus chimp for the first decade or so of my life. I was castrated and had my teeth removed, perhaps in a vain attempt to make it “safe” for humans to work with me even as I grew in size and strength. Like many performing chimps, my career ended by the time I was ten years old.

There is no retirement system for former chimpanzee “actors”, so like so many chimps in entertainment, I fell through the cracks. At some point, I ended up living alone in someone’s garage as a pet. An animal lover who specializes in rescuing dogs took pity on me, and rescued me from the garage, moving me to his sanctuary in Alabama.