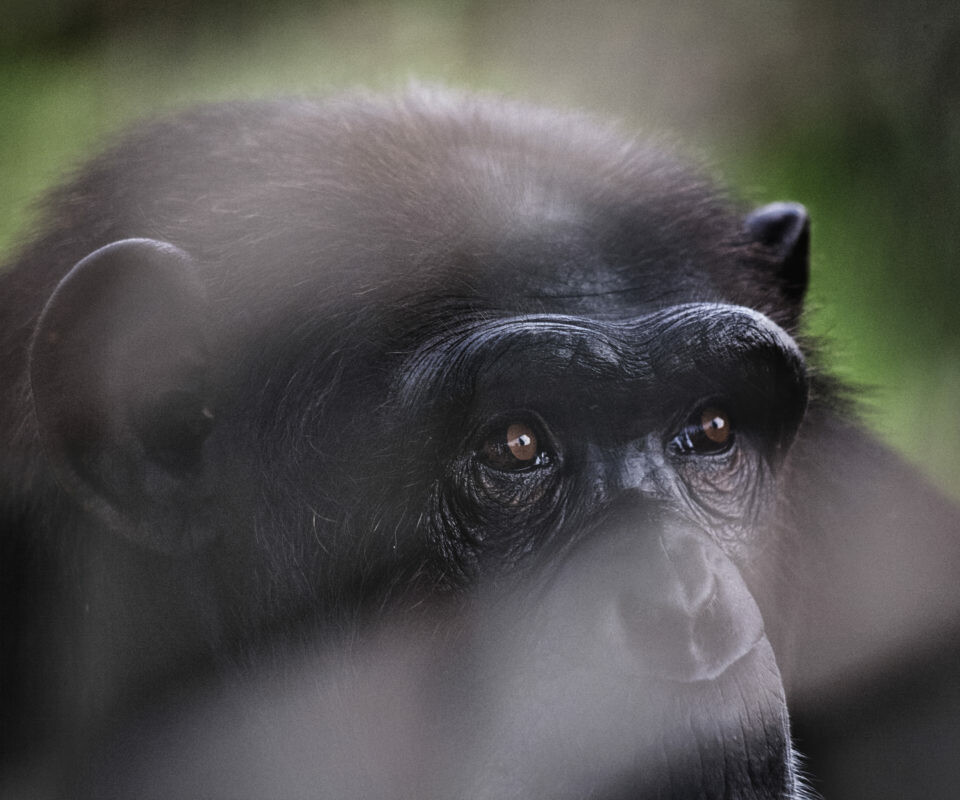 Hello, my name is
Phoenix

I was born on May 18, 2000 at the Coulston Foundation, a now defunct laboratory in Alamogordo, New Mexico. Around the time of my birth, the Coulston Foundation was in extreme financial difficulty due to decreased funding support because of their extensive Animal Welfare Act violations. In an effort to raise money, Coulston sold a number of their chimpanzees into the entertainment business. When I was only a little over one year old, I was purchased with another chimpanzee from my nursery group, Arthur, by the owner of a minor league baseball team. The team was to use us during promotional events as mascots. For several months, Arthur and I were housed at a roadside zoo where we were to be trained for public appearances. In that time, a USDA inspection was conducted and the zoo was cited for Animal Welfare non-compliance. USDA officials requested an enrichment program be put in place for us to improve our psychological well-being. According to notes, Arthur had developed severe rocking behaviors, a sign of significant distress and boredom. After four months, a follow-up inspection noted that the zoo had failed to create and implement an enrichment program.

Upon learning of our living conditions, the New England Anti-Vivisection Society (NEAVS) intervened. NEAVS negotiated with our owner to assist in regaining custody of Arthur and me from the zoo if he would in turn relinquish us to NEAVS. After winning the lawsuit and gaining our custody, NEAVS coordinated with Save the Chimps to provide us with a permanent home.

In my files from the Coulston Foundation, I was described as ill-tempered and introverted. It was noted that during exams, they were unable to handle me even at under one year old. My “trainer” at the zoo claimed to dislike me because I bit him on numerous occasions in self-defense. I was so strong-willed that even Arthur, who was slightly older and quite larger than me, clung to me for reassurance in our time together at the roadside zoo. After my arrival to Save the Chimps in 2002, I still showed signs of shyness and distrust towards humans for several months. Now, I am anything but shy! I live in a group called Kiley’s family and adore my chimpanzee friends. I also have a particular fondness for my female caregivers. My caregivers lovingly call me FiFi, and when I want to play with them, I demand their attention by stomping my feet and clapping. I love to play tug-of-war with blankets and sheets, and to be tickled with “tickle sticks,” which are small pieces of garden hose used to safely touch the chimpanzees. I will almost always find an object to present to my human friends who come to visit me, whether it is a blanket, toy, or even a small tree branch from my island. In my own unique and endearing manner, I use these gifts as an invitation to play. I am still very strong-willed, and will risk causing trouble within my family just to get my way! Despite this, I maintain strong, loving relationships with all of the chimpanzees in my group. I love to be outside on my island and to play.