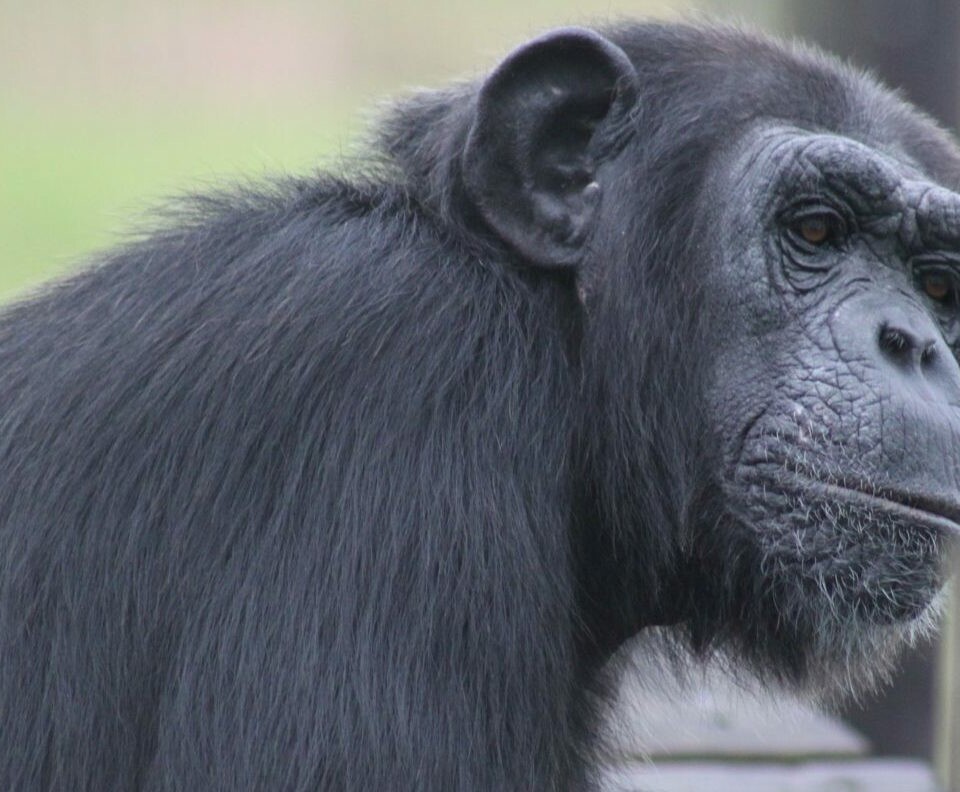 In loving memory of
Pele

Pele, a beloved member of Ron’s family, recently passed away from kidney failure. She was only 24 years old and had numerous health issues throughout her young life. She developed severe pneumonia when she was sixteen years old. Two years later Pele stopped eating and had an elevated white blood cell count. Her physical exam, radiographs, blood work and ultrasound never found the cause, but she responded to antibiotics. The same symptoms occurred the following year and again she got better with treatment. Pele was injected with the human hepatitis C virus when she was young, a virus known to cause renal failure in some human patients years after the patient was successfully treated and cleared the virus. We will never know if it was the hepatitis, infections or a weak immune system that caused her kidneys to fail, but her death was similar to that of Esmeralda and Anna who had also been subjects of hepatitis studies.

Pele was a remarkable person. She was a petite, sweet and quiet chimp, but highly inquisitive and observant. She preferred to stay out of the fray when the group became boisterous by hanging out in one of the many hammocks. She had a highly expressive face and a twinkle in her beautiful brown eyes. When people Pele enjoyed came to visit, she would greet them with an outstretched arm while making direct eye contact. If her hands were full, she would use her leg or sometimes simply point a toe, but she always acknowledged her favorite people. We would return the greeting with an outstretched arm and she would bob her head in affirmation before going back to grooming her friend or eating a favorite piece of fruit.

Pele lived comfortably for many years before her kidneys completely shut down. Unfortunately, dialysis or an organ transplant are not reasonable treatment options for chimps. She left behind several siblings and her mother, Tinker, who was born in Africa and is still healthy and doing well. Pele was not aware that she was related to these other individuals because chimpanzees born in laboratories are separated from their mothers at birth and denied the opportunity to form the incredibly strong bonds so prevalent in their species. But Pele still experienced love and friendship once she was released from research and introduced to a family of 23 chimpanzees. David, one of the oldest chimps, was her closest companion. Wherever David went, Pele was sure to follow. He looked out for her and she adored him.

All of us at Save the Chimps have shed many tears for those who have passed away. We endure the sorrow that fills our hearts because of all the joy we receive each and every day caring for these wonderful chimpanzees. It is a privilege to witness the transition from laboratory to sanctuary and the transformation of every single chimpanzee who calls Save the Chimps home. We can’t give back what was taken from them but we can give them sunshine, opportunities to make choices, companionship, and respect. And in the end, a peaceful death surrounded by humans and chimpanzees who love them.

Rest in peace, Pele. We will miss you always.

Join us in remembering her.