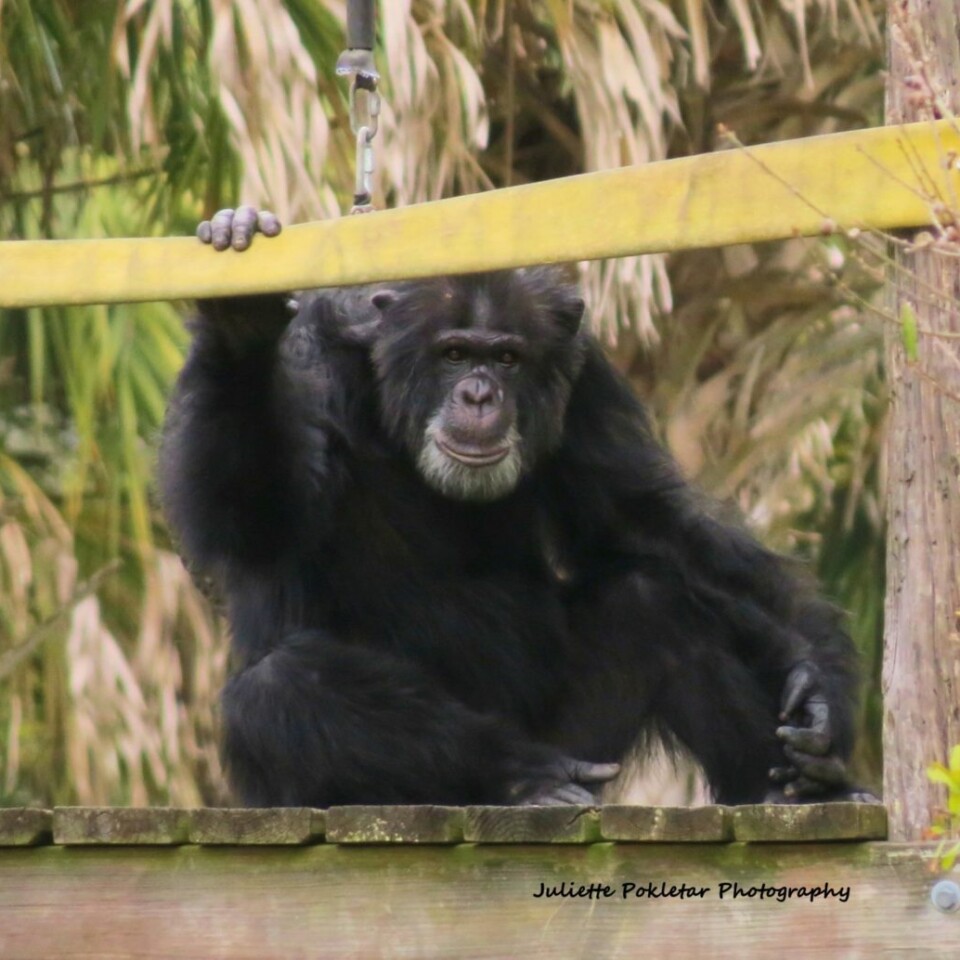 Hello, my name is
Patrick

I was born March 16, 1984 at the Coulston Foundation in Alamogordo, New Mexico, to my mother Lola and father Mack. I presumably received my name in honor of St. Patrick’s Day. Unfortunately, the “luck of the Irish”, wasn’t with me for the first eighteen years of my life.

I knew the love and comfort of my mother for a mere four days and was then separated from her to be raised in the nursery by humans. When I was just two years old, I became a biomedical research subject. I was anesthetized every week with Ketamine for seven months and was subjected to numerous liver biopsies. This pattern continued for four years and I ultimately had my liver biopsied 43 times.

My records show no history until 1993 where I was used in yet another research study in which I had to receive a mysterious “test material” injected under the skin of my arms and have muscle biopsies taken. I continued to be used in various research studies for the next seven years.

In 2002, my fortune changed when Save the Chimps rescued me and the other 265 chimps at the Coulston Foundation. Upon rescue, I was living in a group with six other males my own age and Save the Chimps set about expanding my circle of family and friends. I ultimately joined Lou’s group with my brother Brandon, where we met our now late father Mack. Brandon and I became best friends and we enjoy life with friends and family on our 3-acre island in sunny Florida.