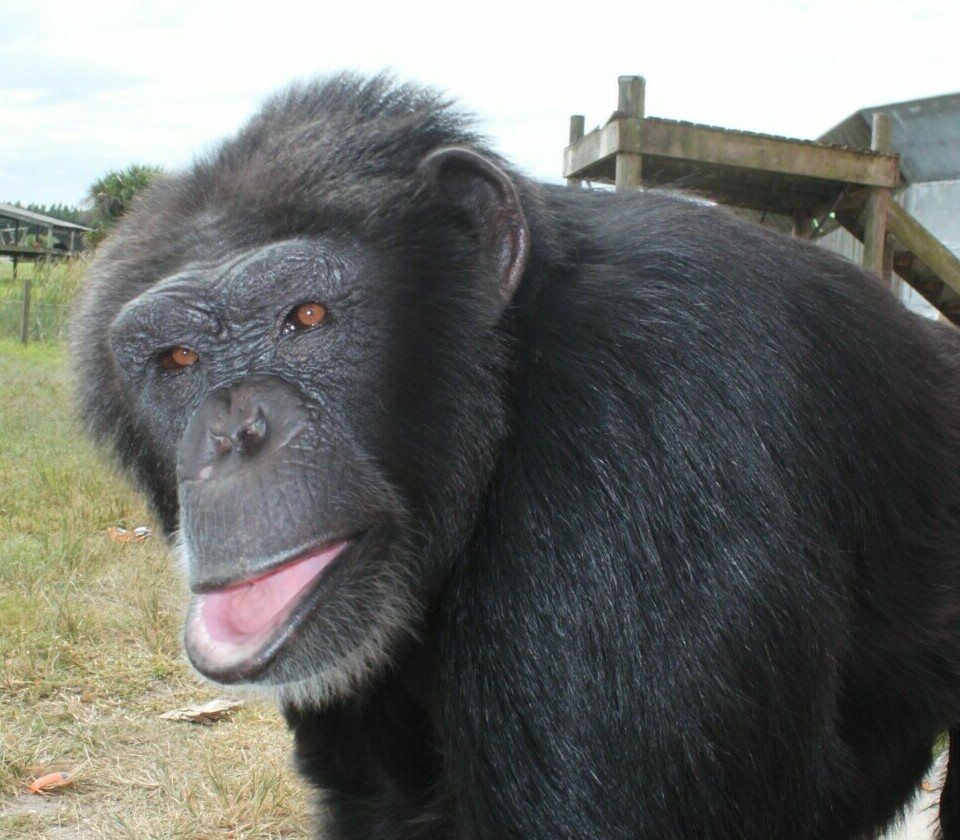 Hello, my name is
Pamela

I was born at the Coulston Foundation research lab in Alamogordo, NM, on February 4, 1999, to my mother, Linda, and my father, Leonard. I was placed in a group of other chimps my own age. Without mothers to cling to, we clung to each other so much that it was often hard to tell who was who in the group.

Save the Chimps rescued me in September 2002 when they took custody of the chimpanzees at the Coulston Foundation. Ten other babies near my age and I lived together. We had nothing in our cage to play with so Save the Chimps immediately showered us with toys, boxes, and hay to play with. Save the Chimps decided to add two babies to each of the new social groups formed. My friend Elway and I were the first youngsters to join a family of older chimps called Aliceʼs Group. Peggy and Lea were both up to the task of becoming adopted mothers to Elway and me. In 2006, I and the rest of Aliceʼs Group became the first complete chimpanzee family to migrate from New Mexico to our island home in Florida.

I have a larger personality than life and am unapologetically silly, sassy, and adorable. I love lounging in the hammocks and building huge nests with all kinds of different materials, such as hay, blankets, and stuffed toys. On hot days, when the caregivers put up sprinklers or water misters for enrichment, I can be found playing in the water and trying to catch bits of it in my mouth. I am lucky to have chimps in her family group that I grew up with and still maintain close relationships with today. Even though Elway and I may still get each other riled up like brother and sister, we can often be found having sweet grooming sessions together and even playing on occasion. Sometimes I mimic my friend Tash, a large and high-ranking female in my family, by carrying a purse around. I was still very young when I arrived at the sanctuary and make the most of island life with my friends and family. I’m adored and respected by chimps and people alike for being the special lady that I am, and Alice’s family wouldn’t be the same without me.