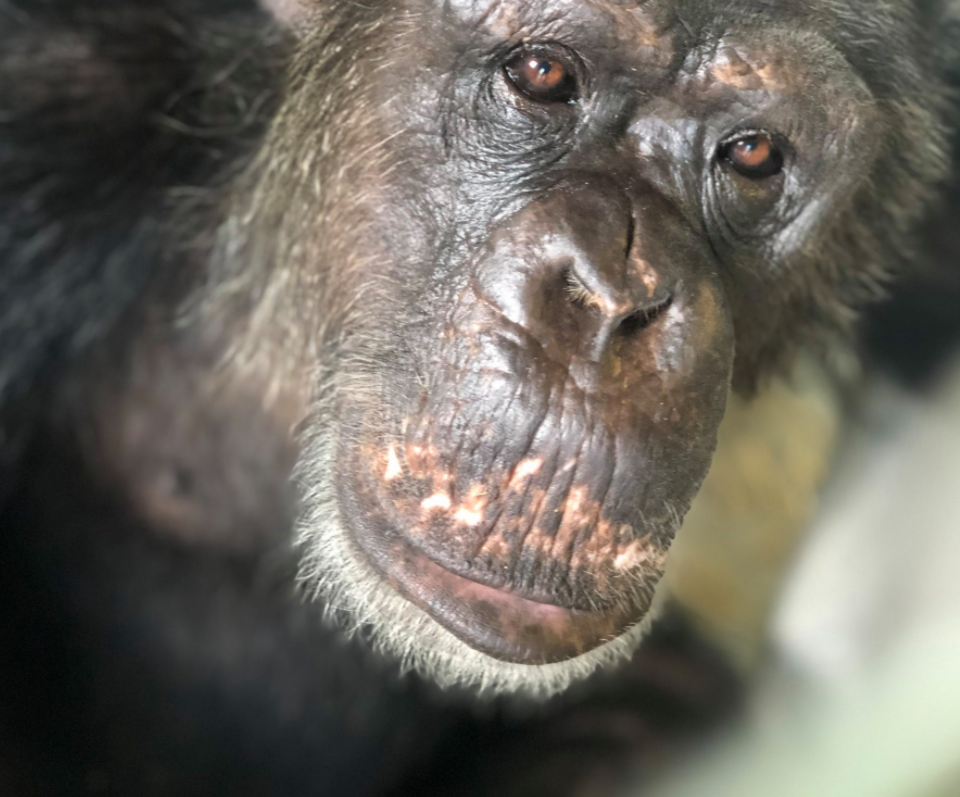 Hello, my name is
Noah

I was born to my parents Negra and Mack on October 17, 1989. I began nursing but despite achieving this crucial milestone, I was taken from my mother at three days old and sent to the nursery to be raised by human caregivers. I was then placed on one study after another involving throat cultures, blood draws, and liver biopsies. At least twice a week, sometimes more often, I would be given drugs to sedate me for each procedure. While some time periods were more intense than others, this routine of being knocked down for studies involving invasive procedures went on for over eight years.

Save the Chimps then rescued me with the rest of the chimps, and now I’m a member of Tapioca’s family, which has the added factor of having more males in their prime than other groups at Save the Chimps. I migrated to Florida in December 2011 with other members of my family. I endured a lot in my early years, but I’ve come through it with my positive outlook intact. Officially retired, my days are filled with happiness and sunshine. With an island to explore and a family that loves me, my future is one of joy and potential. I am a happy and incredibly playful guy and I make sure everyone knows it! There isn’t a single chimp or caregiver that can resist the urge to play with me.