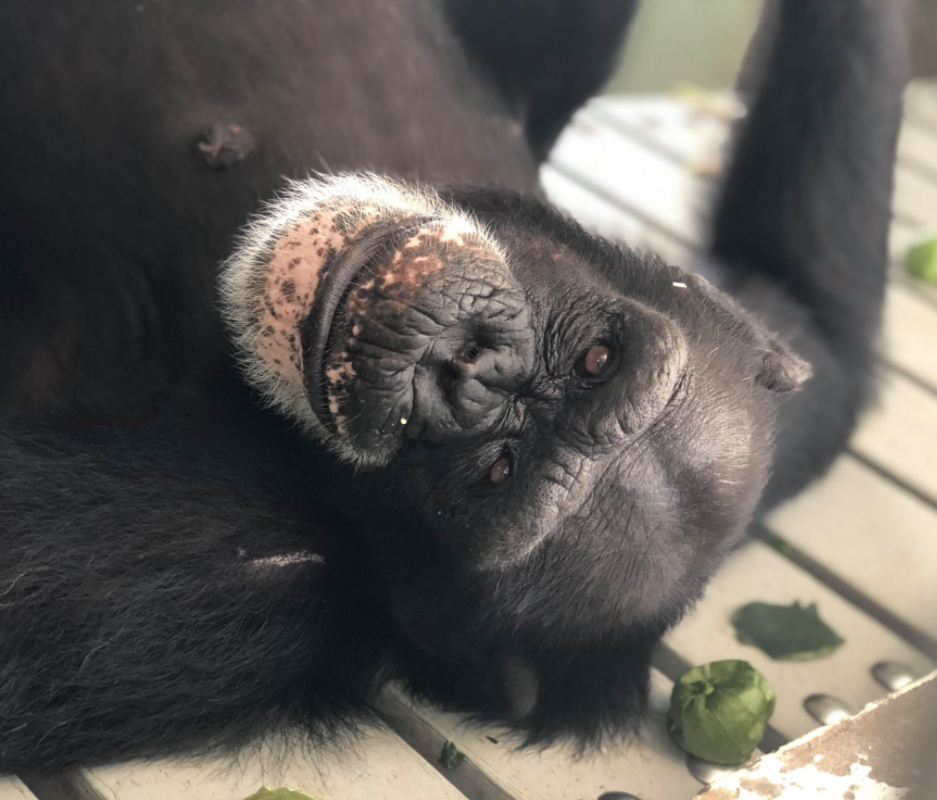 Hello, my name is
Moesha

I was born August 14, 1997, to my mother Stella and father Marc at the Coulston Foundation, a now-defunct biomedical research lab in Alamogordo, NM. In 2002, when Save the Chimps stepped in to rescue the chimpanzees living at the Coulston Foundation, I was among more than 40 chimps that Coulston had “out on loan” to other laboratories. To the best of STC’s knowledge, I spent most of my years indoors with little or no physical contact with other chimps.

When Save the Chimps gained custody of me, I was pale, thin, and balding. STC immediately introduced me to another female, Alari, who became my best friend. STC very gradually introduced me to other chimps, both males and females, and over time the group grew into the large chimpanzee family it is today. Me and my family were moved from New Mexico to our Florida sanctuary in 2011. I surprised STC the day we were released onto our three-acre island. Once a shy, timid chimpanzee, I was the first to explore my expansive island, even climbing the structures to get a view of the Sanctuary. My time basking in the sunshine has darkened my skin and thickened my coat of hair. I put on a healthy amount of weight, and my anxiety has diminished significantly. My best friend and partner in crime is still Alari, the first chimp I was introduced to all those years ago. I am often found napping or lounging in hammocks and I’m always the first in line for meal time.