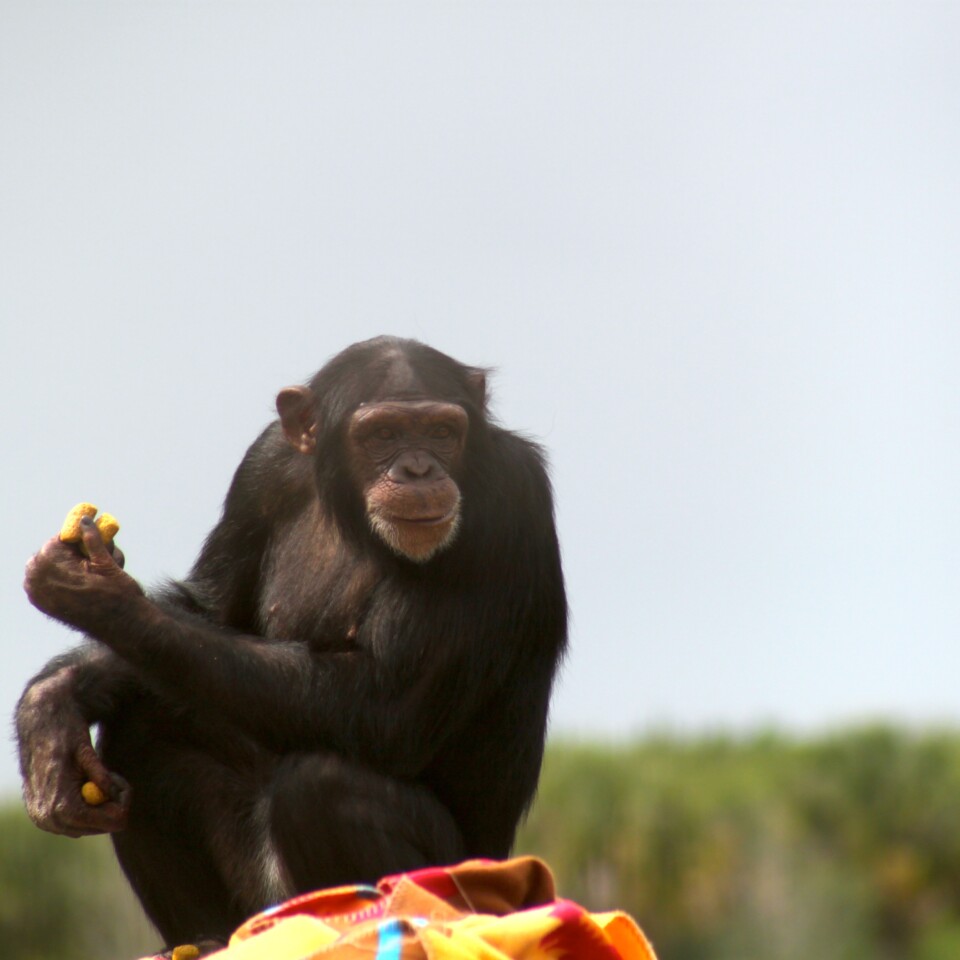 Hello, my name is
Melody

I was born July 12, 2007 at Save the Chimps, due to a failed vasectomy in my father, Rufus. My mother, Megan, was an eight-year-old chimp – nearly a baby herself. Most chimpanzees do not have children until they are near the age of 14. Perhaps due to her young age, her history or for reasons unknown, Megan showed no interest in me, even refusing to touch me. As a result, the care staff of Save the Chimps was required to care of me on a 24-hour basis, very similar to a human infant.

In order for me to be near the chimpanzees, I was carried with the care staff during their daily rounds to the chimp buildings; I grew more independent and confident during my visits and my natural chimpanzee behaviors started to appear. At this time, Save the Chimps began to consider who my adoptive chimpanzee parents should be. I had met almost every chimp at the sanctuary but my strongest connection seemed to be not with my biological family, but with two chimps named Ron and April.

First, I interacted with Ron and April through a barrier under close supervision. Ron and April could not have been gentler and even groomed me through the mesh barrier. The next step was to meet Ron and April face to face without any barrier. As hoped, Ron and April were loving and patient. I was released onto Ron and April’s island in August 2008, taking my first steps towards April, my new mom, who then picked me up and carried me away.

Since that day, I have seen my family grow to include other chimps from all walks of life— former research lab subjects, former pets, and even two young males my age who have the spirit and energy to keep up with my antics. Sadly, my father Ron has passed away, but I have numerous other companions, including Sir Connor, the handsome leader of my family. I will never know isolation, pain and medical experimentation—I will only ever know the love and friendship of my chimpanzee companions and human caregivers.

Chimpanzees Patty and Melody meet for the first time