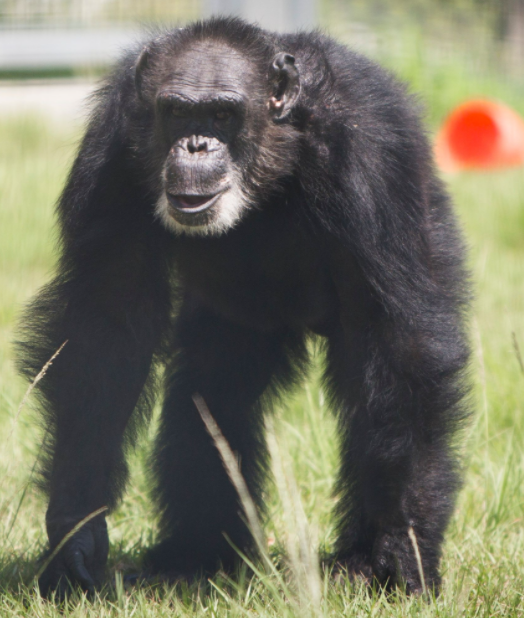 Hello, my name is
Marc

I was captured as a young chimp in the wild in Africa to be sent to the United States for biomedical research. In order to capture me, adult members of my family were likely killed. My estimated year of birth is 1973. In 2002, I was rescued by Save the Chimps from the Coulston Foundation in Alamogordo, NM. Save the Chimps formed family groups and then we were brought to Florida where we have the freedom of a large island, loving daily care, and companionship of a chimp family.

I am a senior chimp enjoying my golden years as a part of Late’s close-knit family. Myself, my daughter Tyra, and the rest of the crew can be found exploring our large island together all day long. I prefer to play the role of the observer during family drama and get most excited during meal times. I am a highly respected member of his group and have formed an amazingly close bond with Ridge, the newest member of the group.