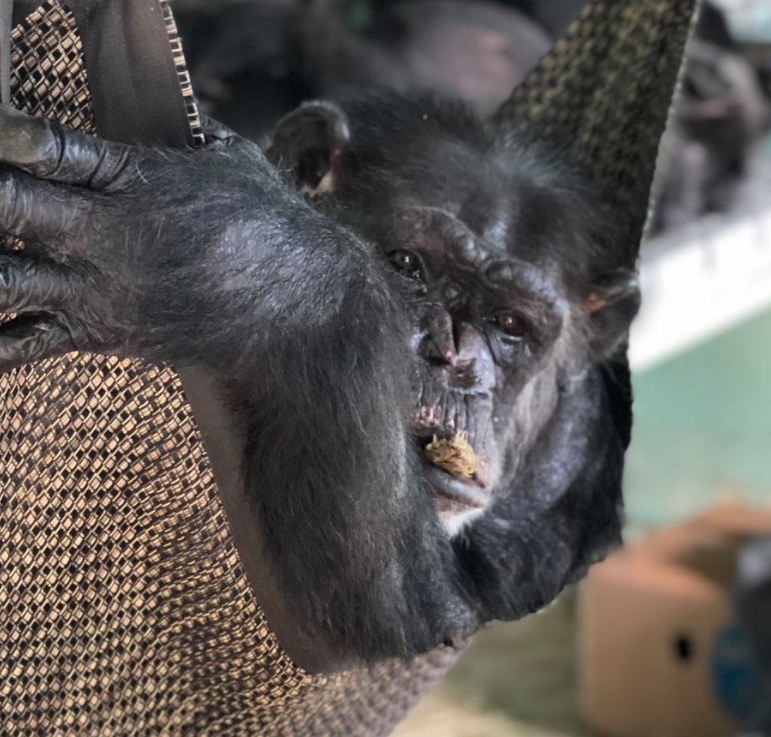 Hello, my name is
Lupe

I was purchased by The Coulston Foundation from Primate Imports in May 1976. It’s estimated I was born in June 1975. Six weeks after I arrived in New Mexico, I was placed in my first research study and had my first liver biopsy. For nine months, I had weekly blood draws and monthly liver biopsies. This was followed by more protocols and procedures until I entered the “breeding program.” My first three children were born quite close together and were all sent to the nursery to be raised by human caregivers immediately after birth. I gave birth to four children, Rero, Hiccup, Jolene, Zeus, and Belinda.

The experiments ended when Save the Chimps took over The Coulston Foundation in September 2002. Chimpanzee introductions and group formations began almost immediately. Me and other members of my newly formed family migrated to Florida in June 2008, and became a part of what would be known as “Kiley’s family.” Like most old ladies at Save the Chimps, I can be quite feisty. I have a very distinct head bob gesture when telling the care technicians I don’t want to do something. I have been through a lot over the years, but with a supportive environment and a few close friends, I am enjoying retirement on my terms.