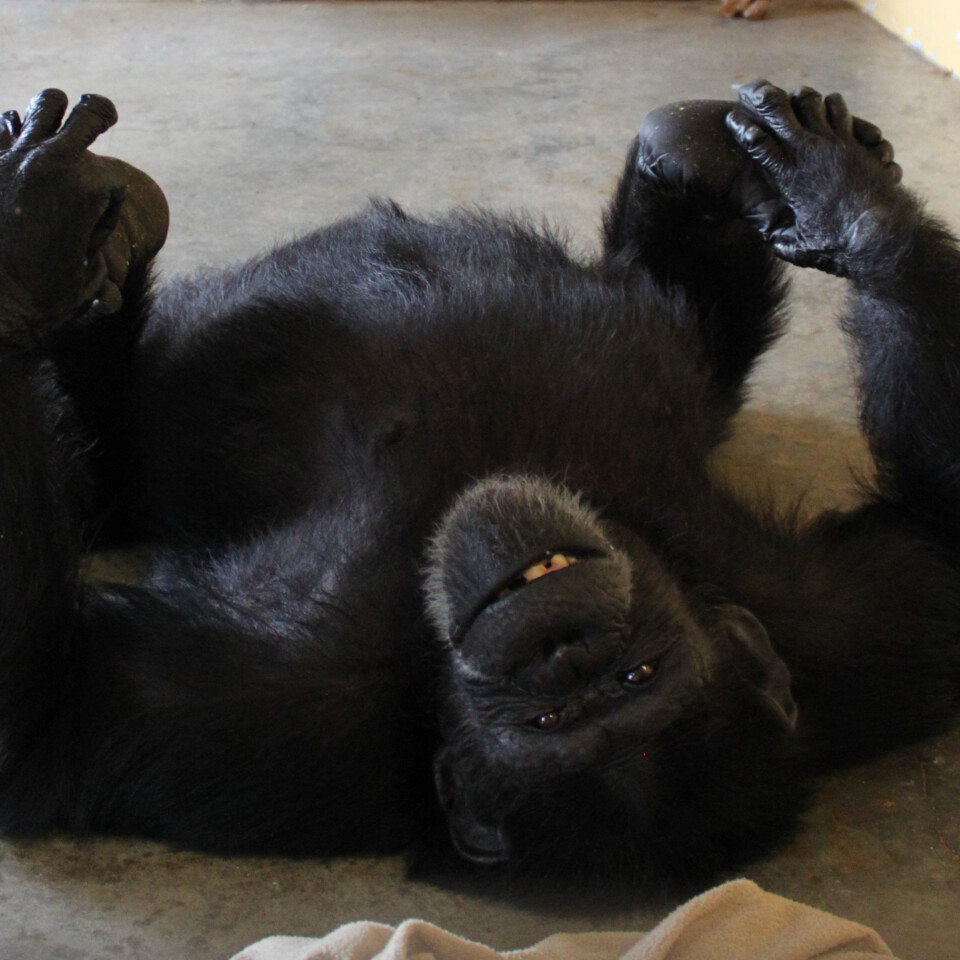 Hello, my name is
Liza

I was born on September 16, 1981 at Holloman Air Force Base in New Mexico. I was taken from my mother at birth and raised in the nursery. When I was six months old, I was sent to the University of Pennsylvania Primate Research Facility where I remained for 5 years while participating in a sign language program. I returned to Holloman in 1987. I entered the lab’s breeding program when I was just nine. I remained in the program for eight years but never produced any children. I was then removed from the breeding program and the lab notes stated I was removed due to “incompatibility.” The notes also said that I was too humanized to live with other chimps, since I always run to my human caretakers for reassurance rather than other chimps.

Contrary to that prediction, I now live in a large family of chimps at STC. I am most often found with my fellow Air Force veterans Amy, Emily, Daisy, and Garfield, but I have also made friends with other family members. I have a sweet but reserved personality, and overall am quiet and gentle. I love getting a little extra special attention from my caregivers, especially if they offer me drinks of cold water or juice. I love food, and also enjoy basking in the Florida sun with my companions!