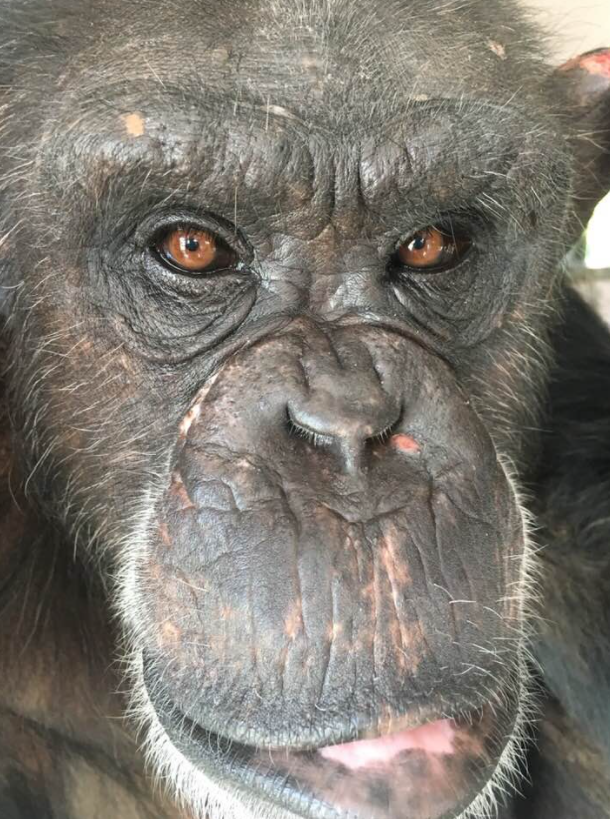 Hello, my name is
Liberty

Hello! My name is Liberty and I was born on July 3, 1993, My parents, Little Rock and Tarzan, gave birth to me at a research laboratory known as The Coulston Foundation (TCF). I was taken from my mother hours after birth to be raised by humans in the nursery. I was used in a biomedical research study when I was only eight months old, even though I was sickly, often on treatment for the common cold. When I was only a year old, I was moved out of the nursery and into a cage with other chimps. I was never used in another biomedical research study, but regardless I was anesthetized with ketamine four times per year for blood work and physicals. When I was three years old, I began to have occasional seizures but was never placed on medications to control them.

I was rescued by Save The Chimps in 2002. No seizures were witnessed for three years, but when I had one in 2005, Save the Chimp’s veterinarian immediately placed me on medication to control them. I currently live on Bobby’s island with lots of space to run and play. I am silly, fun-loving, and playful. I love colorful quilts and blankets, and my favorite food is oranges. My favorite things in the world are my orange and blue sleeping bag and my good friend Fergus. One of my favorite games is giving my human caregivers my sleeping bag and having them repeatedly drop it back down to me.