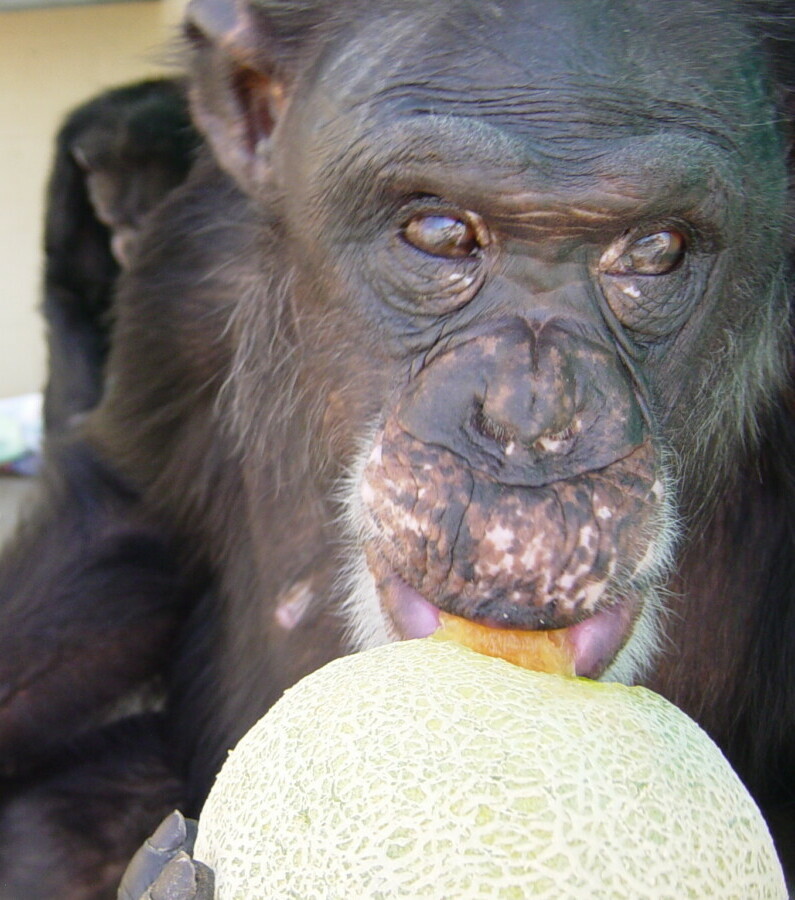 In loving memory of
Libbell

Libbell was born July 4, 1983 to her mother Debbie and father Les at the Laboratory for Experimental Medicine and Surgery in Primates (LEMSIP). She was named Libbell after the “Liberty Bell” because of her date of birth. Libbell spent the next 13 years of her life in a 5’x5’x7’ cage that was suspended off the floor of a room at LEMSIP. She endured repeated “knockdowns” and liver biopsies, and developed a habit of self-mutilation in which she would pick open wounds on herself. In 1996, LEMSIP closed, and Libbell was sent to The Coulston Foundation in Alamogordo, NM. There she met other chimps, including her friend Plum who was also a LEMSIP veteran.

In 2002, Libbell was rescued by Save the Chimps. She had a large swelling on the top of her head which resulted from a skull defect. Rupture of the swelling would quickly cause death, so introducing Libbell to a large family group carried too great a risk of injury; also, Libbell’s habit of self-mutilation returned any time she had even a minor wound, so she could only live with very gentle chimps. Libbell and Plum lived together with two other laid-back females, Cayenne and Indie.

Following life-saving surgical repair of the skull defect by STC’s veterinary team, Libbell and her girlfriends also met Ridge, a male chimp who also found group living to be a challenge. Together they became residents of our “Special Needs” Building in Florida. Her adorable smile and gentle demeanor endeared sweet Libby to all who met her. Sadly, Libbell passed away in her sleep following a brief illness, and a light in our lives and the lives of her chimpanzee friends went out.