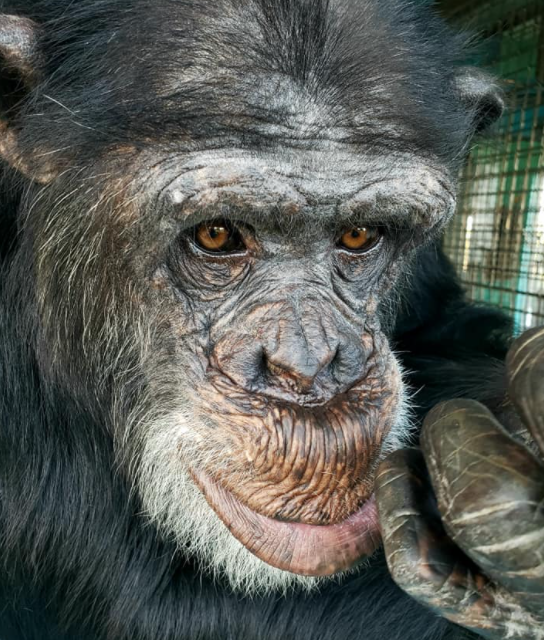 Hello, my name is
Jimbo

I was born April 10, 1994, to my mother Roxy and father Bubba at The Coulston Foundation, a biomedical research lab located in Alamogordo, NM. I was taken from Roxy within 12 hours of birth and sent to the laboratory nursery. I remained in the nursery for two years and was then moved into laboratory housing. I lived with five other males my age. For the next six years, nothing much happened to me. I was anesthetized for physicals a few times a year but was never used in any biomedical research protocols. Me and my roommates simply existed in a barren concrete and steel cage.

In September 2002, my life took a dramatic turn when I was rescued by Save the Chimps, which had taken over The Coulston Foundation. Instead of bland “monkey chow”, I got fresh fruits and veggies to eat. I got soft blankets to sleep with, toys to play with, and enrichment to keep my body and mind occupied. In 2005, I moved to Florida, where Save the Chimps had built three-acre islands for me and the other chimps. I became a member of Kiley’s Family, where I currently live with my large chimpanzee family. I’m a sweetheart who is kind to other chimps and friendly to my caregivers.