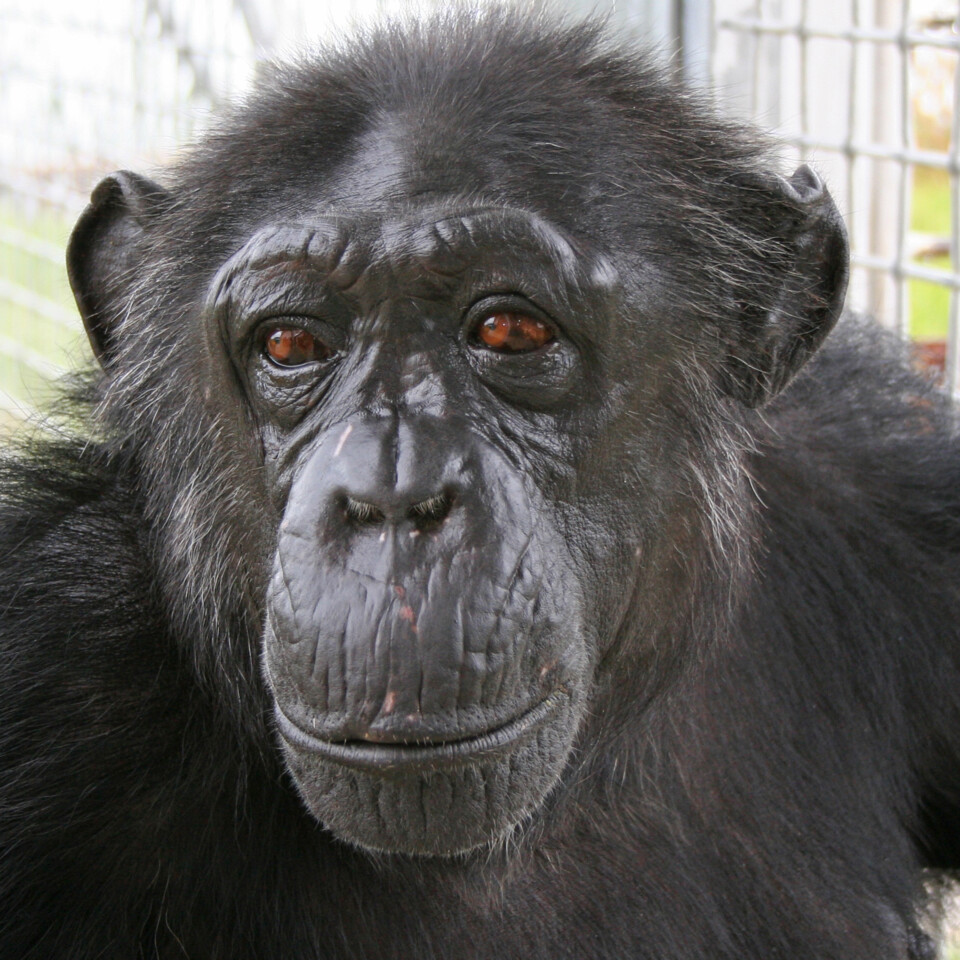 Hello, my name is
Jennifer

I was born on August 20, 1970 at the Holloman Air Force Base in New Mexico. I was removed from my mother soon after birth and was sent to the nursery where I lived with another baby chimp. When I was 18 months old, I was isolated and placed in an endocrinology study lasting a year. At the age of 3, I was shipped to the Center for Disease Control in Phoenix, Arizona for hepatitis research. After 5 years in Phoenix, I was returned to Holloman Air Force Base. I entered into the lab’s breeding program when I was only 10 years old. The first male I was paired with was named Wes and we lived together for just a few weeks. Wes was the first of a long list of males I was paired with for breeding purposes. Between 1981 and 1998 I had 13 babies – one was stillborn and the rest moved to the same nursery where I started my life. I had 13 babies in 17 years. In the wild, a female will give birth every five or six years for a total of five or six babies over a lifetime. I was forced to act as a breeding machine.

I, along with 20 other Air Force chimps—including my first breeding partner Wes—was rescued by Save the Chimps in 2001. Daisy, one of my daughters taken from me at birth, was also among my new companions. I remained a quiet and reserved chimp, preferring the companionship of my chimpanzee friends to interaction with humans. I had one last child, JB, in 2003, as the result of a failed vasectomy. Although I had some difficulty nursing and carrying JB in the beginning, I proved to be a loving and devoted mother. I am enjoying retirement to the fullest. I spend my days out on the island, basking in the sun, grooming my girlfriends, and keeping one eye on my growing son.

I am still very close with my fellow Air Force companions, and I’m especially quick to defend Emily, who is now elderly, when there is any kind of conflict. My world has always, and will always, revolve around my son JB! I often refuse to come inside for meals unless JB comes in by my side. When he doesn’t, I sometimes cry out for him. We are still very playful together, and sometimes laugh and tickle each other in the mornings.