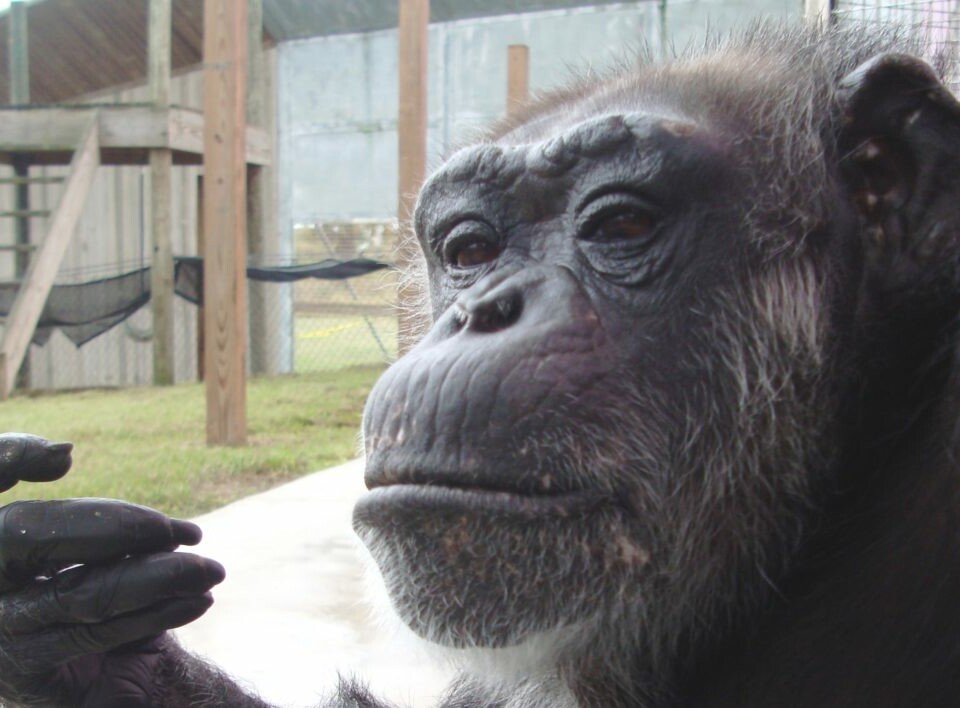 In loving memory of
Jeannie

Jeannie had a very kind, caring, compassionate, and gentle nature, so it’s no wonder she was affectionately known as Jeannie Mama. She helped raise some of the younger members of Bobby’s group and lovingly watched over each family member every day.

Jeannie Mama would often share her food with the other chimps, console anyone who was upset, and would always look behind her when going onto or leaving the island to make sure no one was left behind.

Bobby’s family consists of two separate groups because of social dynamics.
Jeannie Mama would often go back and forth from the smaller group to the larger group so that she could spend time with all the chimps who loved her.

Because of her sweet and caring demeanor, Jeannie Mama was always one of the first chimps to meet any new family members. Earlier this year, Jeannie was introduced to Terry, Indie, and Cayenne. New friendships were formed by all, but Terry and Jeannie seemed to have fallen in love. They would often be seen together holding hands, grooming, or simply enjoying each other’s company.

When Tarzan, one of our newest residents, arrived at the Sanctuary, Jeannie Mama was one of the first chimpanzee he met. She immediately hugged and comforted him as if to assure him that he was no longer alone.

Jeannie Mama was an inspiration and had a heart of gold. The strength she had through the end of her life was remarkable, yet came as no surprise considering who she was. On her final day, the entire staff gathered to be with her. She touched the lives of everyone who knew her, both chimp and human.

Rest in peace, Jeannie Mama. Thank you for showing us the true meaning of love.

Donate in memory of Jeannie.