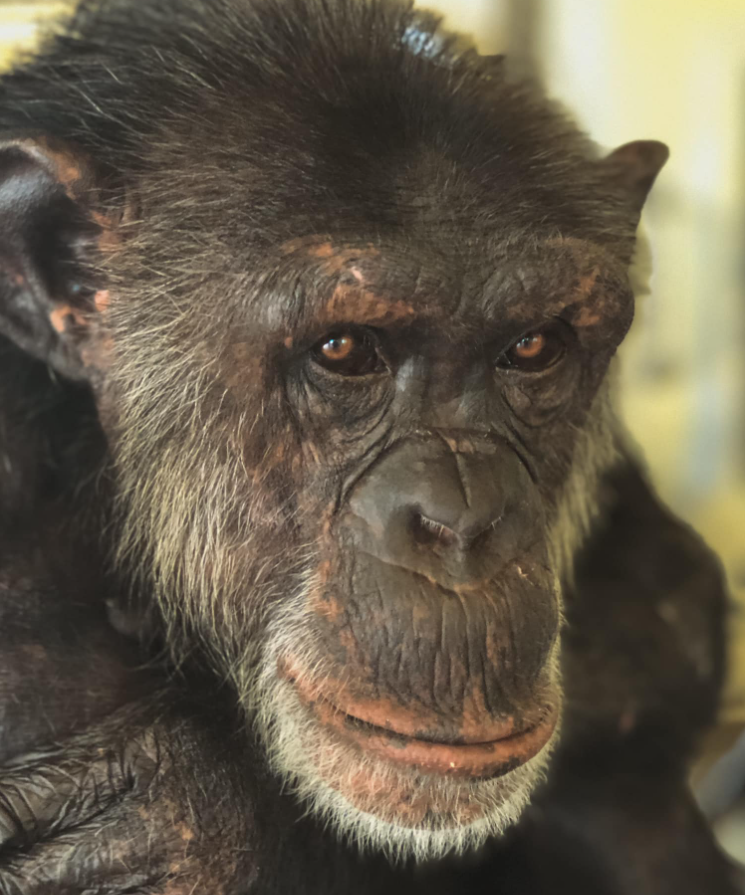 Hello, my name is
Jean

I was born March 20, 1996, on the Holloman Air Force Base in Alamogordo, NM to my mother Irma, and my father Ted. The Coulston Foundation, a private research laboratory, operated the chimp facility at Holloman. Unlike most chimps born at The Coulston Foundation, I was allowed to live with my mother for just over a year. On June 17, 1997, I was forcibly removed from my mother and relocated to the laboratory nursery. Three months later, me and five other baby chimps were shipped across the country to Bioqual, a Maryland laboratory. I did not remain at Bioqual for long. In March 1998 I was transferred to the NIH campus in Bethesda where I was used in hepatitis research and was subjected to multiple liver biopsies.

Save the Chimps rescued me when I was 8 years old. I arrived at Save the Chimps shockingly pale and skinny, with a thin coat of hair. I bonded with another female chimp, Jersey. Over time, I grew more robust and confident, and Jersey and I joined a chimpanzee family known as Tanya’s Group. Today, I live with my chimpanzee family on a spacious island home with trees, hills, and climbing platforms.