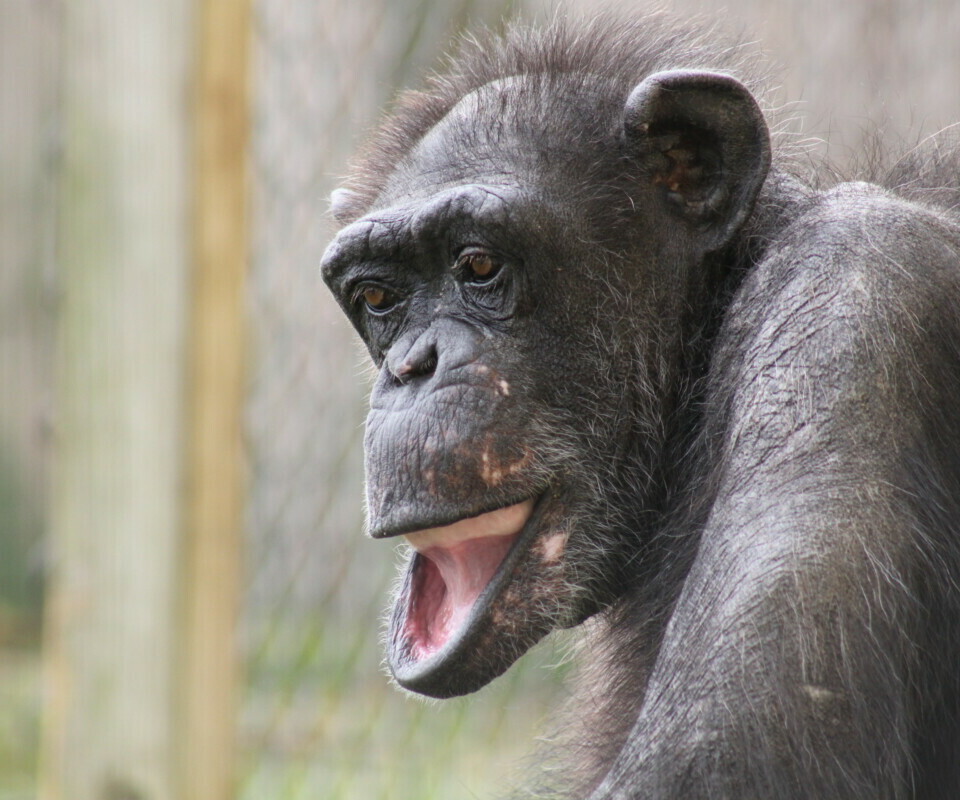 Hello, my name is
Gogi

Gogi was a member of the original Air Force chimpanzee family who were the first residents of Save the Chimps. She was also one of our most senior chimpanzees, estimated to be at least 46 years old. Gogi was born in Sierra Leone sometime in the early 1960s, where she was captured after her mother was shot and killed. Gogi was then sent to Holloman Air Force Base (HAFB) in Alamogordo, NM in 1967. In 1969 Gogi was used as a subject in tests that appear to be related to space flight. She was placed in a chamber to study the effects of rapid decompression, and she was forced on another occasion to breathe CO2-enriched air. Her records also indicate she was put in a suit and placed in a restraint chair, similar to the type of training the early space chimps received.

From 1970 to 1974, Gogi was sent to a research laboratory in Phoenix. When she was returned to HAFB, Gogi entered the breeding program, and she gave birth to several children over the years, including STC residents Nigida and Alora. Save the Chimps (STC) rescued Gogi in 2001 and she moved to Florida, where she was released onto a three-acre island with other Air Force chimps. In 2003, Gogi gave birth to Jude, as a result of a failed vasectomy. While STC regretted that Gogi would have to spend her well-deserved retirement raising a son, Gogi was an excellent mother. She enjoyed relaxing in the Florida sunshine and exploring her island home with her son at her heels.

Gogi was an amazing chimpanzee who was an inspiration. Kind but powerful, she commanded respect. She had a zeal for life, which became even more apparent to us when she was diagnosed with severe heart disease. But despite her illness, she enjoyed life to the fullest, spending her days searching her island for the hidden goodies scattered by her caregivers, or lounging in the cool grass. She was adored by her son Jude, and was a beloved member of her chimpanzee family, and was especially dear to her friends Jennifer, Debbie, and Gromek. Her passing was deeply felt by all of us who admired and loved her with all of our hearts.

We love you Gogi, and we will miss you forever.

Donate in her memory.