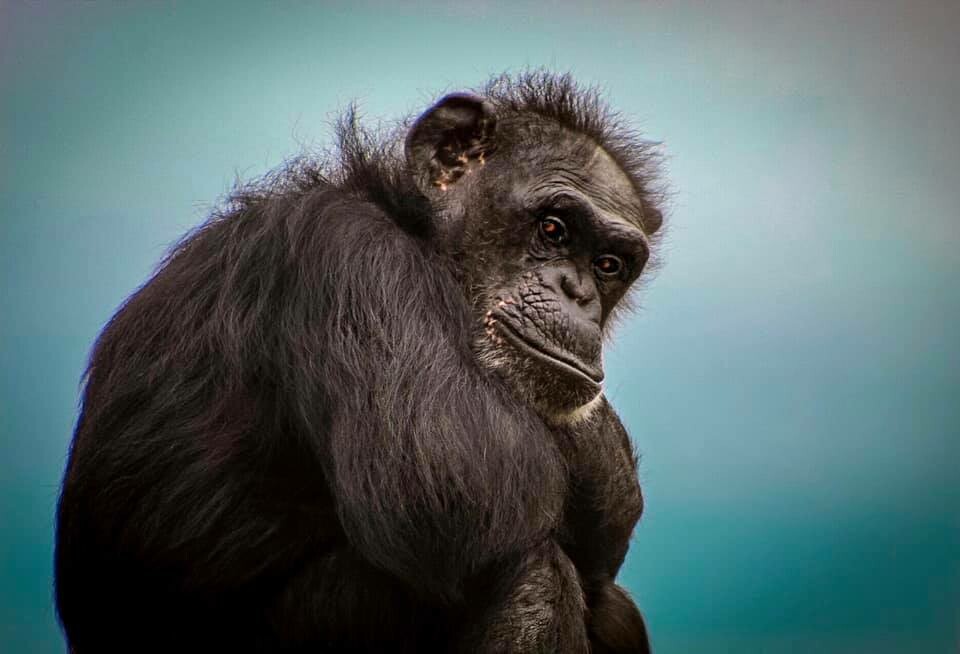 Hello, my name is
Debbie the 2nd

I was born in Africa in the late 1960s or early 1970s. I was captured when I was about 5 years old and shipped to the United States to be used in biomedical research. I ended up at Holloman Air Force Base in Alamogordo, NM in 1977, where I was used in medical research and as a breeder. I only gave birth to one child, however, a son named Guido who was born in 1984. Guido is still being kept on Holloman Air Force Base, waiting for his transfer to a sanctuary. In 1997, my “ownership” was transferred to The Coulston Foundation, a research laboratory also based in Alamogordo, NM.

In 2002, Save the Chimps rescued the 266 chimpanzees living at the Coulston Foundation. Our lives changed for the better immediately. We were given enrichment, fresh food, and the companionship of each other as family groups were formed. Today I live on a spacious island at Save the Chimps in Fort Pierce, FL with a chimpanzee group known as Tanya’s Family. I am especially close to Jude the 2nd, whom I adore and treat like my own son. I’ve also grown a loving attachment to a plush monkey puppet and carry it with me everywhere I go. I relish life with my chimpanzee family and am a well-respected elder in my group, enjoying my retirement to its fullest.

It’s an honor to give Debbie the retirement she deserves.