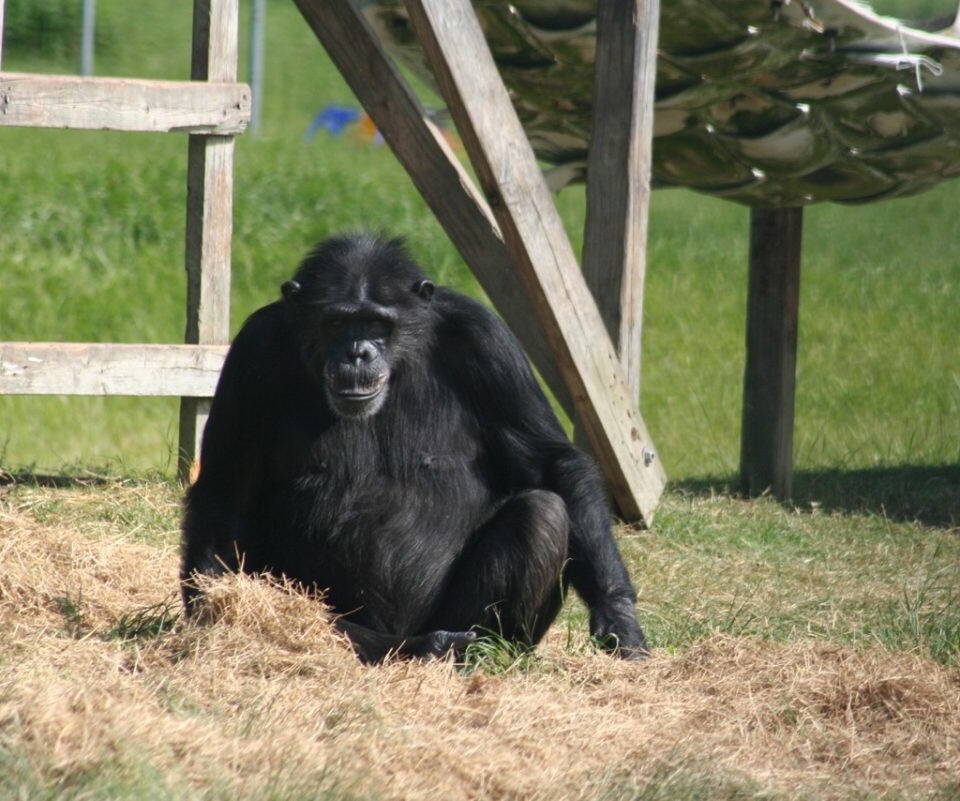 In loving memory of
Daisy

I  was born February 1, 1982 at Holloman Air Force Base in New Mexico, to my mother Jennifer and father Sampson. I was taken from my mother soon after birth and raised in the laboratory nursery. When I was just 12 months old, I was sent to the CDC in Phoenix. Six months later, I moved again to the CDC in Atlanta, where I remained for about two years before being returned to Holloman. I was injected with unknown “test materials” and subjected to liver biopsies and multiple blood tests for years.

In 1997, the US Air Force decided to divest itself of chimpanzees, and 111 chimpanzees, including myself, were transferred to the Coulston Foundation rather than being retired in gratitude for our years of service. When Save the Chimps gained custody of 21 chimpanzees, my mother and I were part of the group and we arrived at the Sanctuary in 2001.

I happily assimilated into my new life in Florida, but after a few years, my caregivers saw that I had difficulty walking. Radiographs revealed that I had severe arthritis in both of my ankles. With the help of pain medication, weight loss, and nutritional supplements, I am able to walk without discomfort across the beautiful island I share with my family.