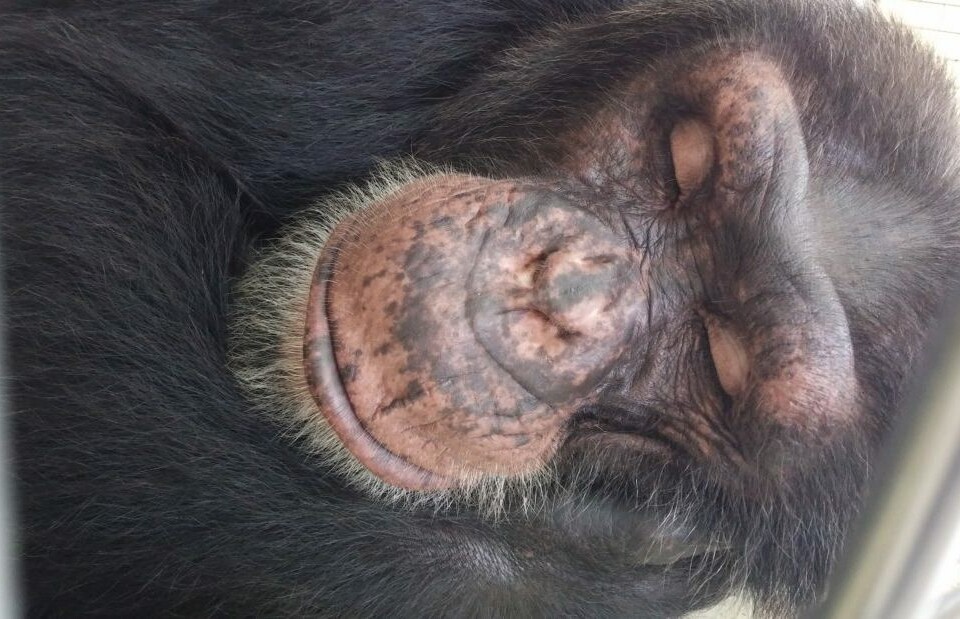 Hello, my name is
Capone

I am a very serious and regal chimpanzee who is high ranking in my group, Tanya’s Family. I was born on October 2, 1997, to my mother Gabby, and father Jeb at the Coulston Foundation, a now-defunct laboratory with extensive Animal Welfare Act violations. Gabby was an excellent mother, but when I was barely two years old, I was sent on loan to a separate laboratory for medical testing. When Save the Chimps rescued the chimpanzees living in the Coulston Foundation in 2002, it was discovered that a number of chimpanzees owned by the Coulston Foundation were out on loan to other labs. Save the Chimps’ late co-founder, Dr. Carole Noon insisted that these chimpanzees be returned so they could be retired to the sanctuary. I was transported to Save the Chimps’ sanctuary in 2004 and was reunited with my mother, Gabby, though we did not recognize one another as mother and son.

When I was first rescued, I was an awkward and lanky pre-teen who had not spent much time with fellow chimpanzees. I have since grown into a confident and powerful alpha male. Though I am usually quite stoic, I do have a soft side that I show to my chimp family and occasionally my caregivers. While I do not seem to recognize Gabby as my mother, we get along very well and are both high-ranking and respected in our group. Gabby had another son named Gabe who was born at the sanctuary due to a failed vasectomy. Gabe and I may not know that we are brothers, but we are great friends and even have begun to look very much alike now that Gabe is a teenager! I love to eat but am quite a gentleman during mealtimes and never beg or steal food from my friends – in fact, I’m so polite I will sometimes share my food with others, especially with females. I always enjoy enrichment, especially if it involves food such as food puzzles or forages. I also love to be on my expansive island home and will even occasionally skip a meal just to keep napping in the sun. I absolutely relish sanctuary life!